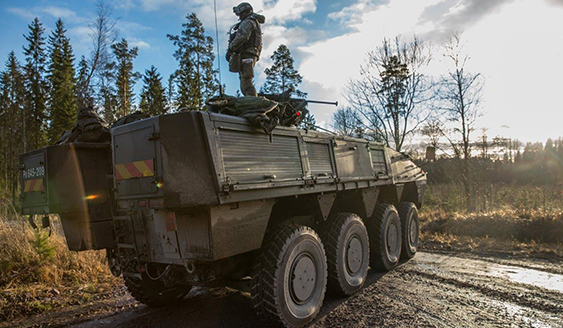 The mechanised exercise of the Finnish Army (Arrow 16), led by the Armoured Brigade, will take place in Pohjankangas, Niinisalo, from 2 to 13 May 2016. The aim of the exercise is to develop interoperability and improve operational capabilities of the Army's mechanised units. A US Army Europe detachment will take part in the exercise as part of the two armies' bilateral cooperation.

As part of the Finnish battle group approximately 160 US soldiers from US Army Europe's 2nd Cavalry Regiment's Mechanized Infantry Company will take part in the exercise. The exercise equipment of the US detachement consists of Stryker armoured personnel carriers and anti-tank missiles. US Army Europe will pay for its expenses during the exercise.

The exercise is carried out as part of the Finnish Army's and the US Army Europe bilateral cooperation, the aim of which is to mutually develop tactical skills and interoperability according to NATO standards. The exercise provides the US detachment with an opportunity to rehearse interoperability between different branches. For Finnish soldiers, training alongside professional soldiers is a great way of developing one's skills and combat-efficiency for the good of national defence.

The US detachment will arrive in Finland before the exercise and take part in the preparations and engage in interoperability exercises with Finnish soldiers in Niinisalo over the weekend.