The Guard Jaeger Regiment’s readiness unit and urban jaegers will participate in training in Kvarn, Sweden 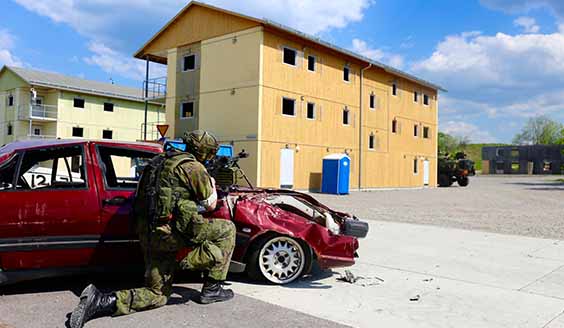 The Kvarn 19 Exercise to be led by the Guard Jaeger Regiment will be carried out in Sweden from 12 to 20 October 2019. Around 200 persons, including conscripts and regular personnel will participate in the exercise. The main objective of the exercise is to improve the readiness and capability of the Guard Jaeger Regiment’s readiness unit and urban jaegers for conducting demanding combat operations in built-up areas.

The Swedish Army's Combat Training Centre for Military Operations on Urban Terrain in Kvarn is a training environment the size of a small agglomeration enabling realistic combat operations in a built-in area, allowing for calibrated measuring of the units’ performance and giving feedback to the soldiers by means of a simulator. There is no similar training environment in Finland. The exercise is aimed at improving interoperability between the Finnish and Swedish units, and it provides an opportunity to train mobilization procedures and deploying units to international exercises. 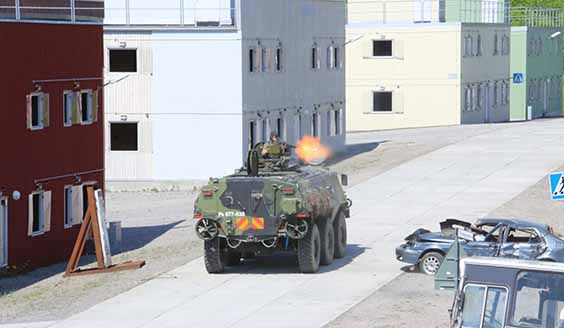 The exercise will be led by the Commander of the Uusimaa Jaeger Battalion, Lieutenant Colonel Petri Toivonen. The Kvarn 19 Exercise is part of the Finnish Army’s International Exercise Activities 2019 and the bilateral cooperation between Finland and Sweden (FISE). Starting from 2016, the Guard Jaeger Regiment has annually taken part in training in Kvarn.