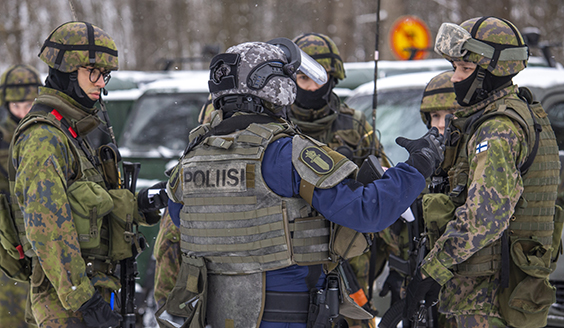 The Guard Jaeger Regiment is an Army brigade-level unit based on the island of Santahamina in Helsinki. Its main task to train troops specialising in combat in urban areas for defending the capital city area and the Uusimaa province.

Readiness and comprehensive security and safety is maintained and developed in cooperation with other authorities. Live-firing exercises in Santahamina and training in the Uusimaa region are an essential part of the training of combat-efficient wartime troops.

History of the Guard Jaeger Regiment