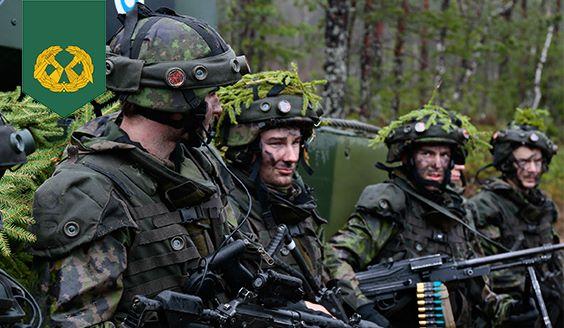 Karelia Brigade is the readiness formation of its geographical area. It trains troops for the Finnish Defence Forces according to the requirements of the Army's land warfare doctrine 2015 as well as military experts in Explosive Ordnance Disposal. It is a major regional actor in co-operation between authorities, matters regarding conscripts and reservists and in cooperation with national defence organisations, such as associations and guilds. The organisational changes of the Defence Forces Reform 2015 have been implemented and the organisation is working effectively. The Brigade is a respected actor within the Defence Forces, among the authorities and citizens.

Karelia Brigade specialises in training mechanised units. It is also the only Brigade that trains units in all Army branches. The Brigade houses the Finnish Defence Forces Explosive Ordnance Disposal Centre of Excellence.