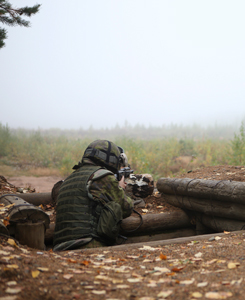 The Army Academy trains conscripts as infantry, military police, drivers, medics and for various duties in logistics. Approximately one third of the conscripts receive leadership training in the Non-Commissioned Officer School or/and in the Reserve Officer Course. The Army Academy's conscripts are trained in Hamina, in the Jaeger (Infantry) Company or Transport Company of the Reserve Officer School or in the Dragoon Squadron. The Jaeger Company is located in the Hamina garrison, in the centre of town and the Transport Company is a couple of kilometres away, in the Pampyöli Barracks.  The Dragoon Squadron is still in Lappeenranta at the moment. 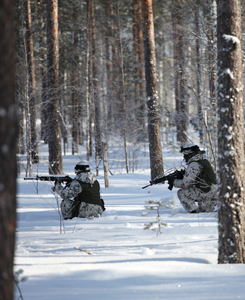