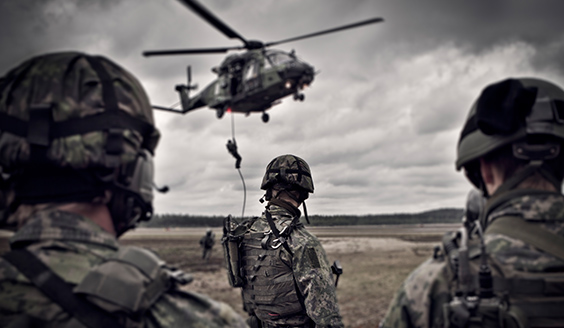 The Army defends the entire land area of the state and executes all three of the Defence Forces’ tasks.

The defence of Finland’s territory is based on the large reserve created by general conscription. Annually, the Army’s eight brigade-level units train around 20,000 conscripts. Refresher exercises, which maintain reservists’ skills, involve thousands of reservists each year.

The Army carries its social responsibility by providing assistance to other authorities some 400 times a year.

Tasks of the Army

The personnel strength of the Army