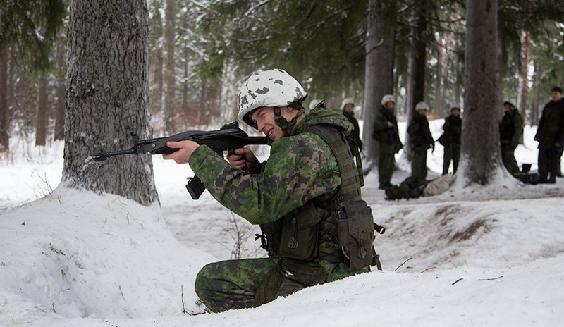 As a conscript in the Armoured Brigade

The Armoured Brigade offers a wide range of training options and training takes place in several battalion-level units. Training focuses primarily on mechanised infantry tasks but all Army branches are represented in the brigade. Depending on the task, a conscript will serve 165, 255 or 347 days.

Parola Logistics Battalion trains military drivers and personnel for maintenance tasks in mechanised and motorised battle groups as well as for tasks in wartime logistics' units.

In peacetime, Parola Logistics Battalion is responsible for the management of maintenance and services in the garrison. Logistics' training concentrates on practical aspects. Training from the civilian side is often of benefit. Conscripts can acquire skills and qualifications in the logistics battalion that they can then use as civilians, for instance while serving as military drivers or as mechanics specialised in heavy equipment.

Electronic warfare refers to the reconnaissance and jamming of systems that emit electromagnetic radiation as well as the countermeasures with which friendly systems are protected. Electronic warfare is very much part of modern warfare.

The Electronic Warfare Training Centre trains conscripts for wartime tasks in the following: regional C4 units, electronic warfare, logistics and transport. The centre is subordinate to the Armoured Brigade and is located in Riihimäki.

Conscripts are trained as operators that use systems with state-of-the-art technology. Leadership training is also a significant component of conscript training. Electronic warfare tasks are included in the application round for special forces that takes place in April.