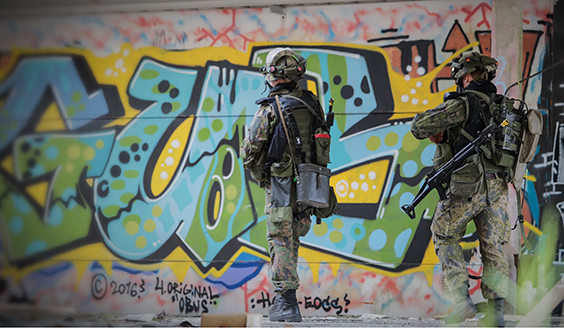 Serving in the Guard Jaeger Regiment

The Guard Jaeger Regiment trains troops specialised in urban combat. We train, for example, urban jaegers, military police, reconnaissance specialists, military drivers and leaders. Our spearhead unit is the readiness unit that a conscript can apply for after starting military service. Most of the duties in the regiment require the longer military service time; approximately 80 % of the conscripts serve either 11.5 or 8.5 months.

The Guard Battalion is a leading expert in the military police field. It trains military police companies for wartime duties, as well as all of the drivers for the units trained in the Guard Jaeger Regiment.

The Battalion sets the Army's Guard of Honour. The Guard's duties include military representation tasks of the Supreme Commander, Minister of Defence, Commander of the Finnish Defence Forces, and the Helsinki Garrison, as well as responsibility for guarding various locations, which include the Honour Guard at the Presidential Palace. 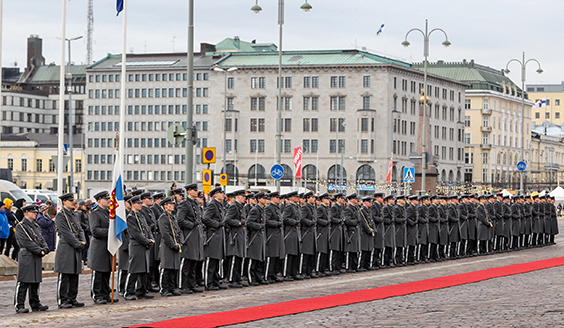 1 and 2 Military Police Company (1 MPCOY and 2 MPCOY) provide military police training and are each, in turn, responsible for mounting the Honour Guard for state visits and high level events. They also carry the responsibility for guarding important military locations.

The military police are trained in, for example, Fighting in Built Up Areas, close protection and location protection, use of force-techniques, and counter-special operations forces -techniques. The capital’s operating environment infrastructure, such as tunnel networks, metro stations, and large building complexes gives the training a special flavour. Cooperation with other authorities also plays an important role in the training. Some of the conscripts will be trained in specialised roles, including sniper, engineer, combat lifesaver, and reconnaissance specialist. The units also organise the Non-Commissioned Officer School’s Military Police Training Programme.

Some of the 1 and 2 Military Police Company conscripts will in turn move to the Readiness unit to continue their service after the first part of the unit training phase. Selections for the Readiness unit will be done at the end of basic training.

The Transportation Company (TRNSPRT COY) is trains conscripts for demanding heavy vehicle driver or vehicle commander duties. You can apply for driver training from all company-level units after the basic training period. The training also includes combat training so that those trained as drivers may be placed to serve in other wartime units of the Guard Jaeger Regiment.

All soldiers are trained for Fighting in Built Up Areas, which places special emphasis on the skills of the individual soldier and leader. The training also places great demands on the physical and emotional fitness of the soldiers. The training utilises modern weapons and equipment meant for fighting in built-up areas. 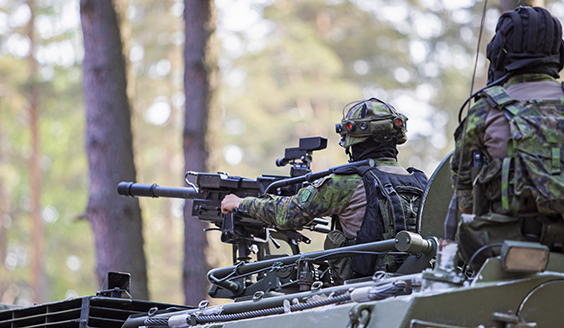 2 Infantry Company ie. Readiness Unit (2 INF COY, RU) is the spearhead unit of the Guard Jaeger Regiment. It consists of both conscripts and salaried personnel, and it is meant for rapid response to possible changes in the security environment. The conscripts of the readiness unit maybe used for military national defence duties (combat, protection and support) according to their military service training phase, as well as for assistance provided to other authorities. The training in the unit is versatile, demanding and offers you the opportunity to challenge yourself.

The readiness unit does not train recruits. The conscripts for the readiness unit are selected from all of the units in the regiment that train recruits, and they serve in their branch specific duties and units during the training phase before their standby duty begins. As the standby duty begins, they transfer to the Readiness Unit to continue their training and service.

The Sports School's primary task is to train reconnaissance sections for needs during emergency conditions, and it also enables talented athletes to continue training during their military service. 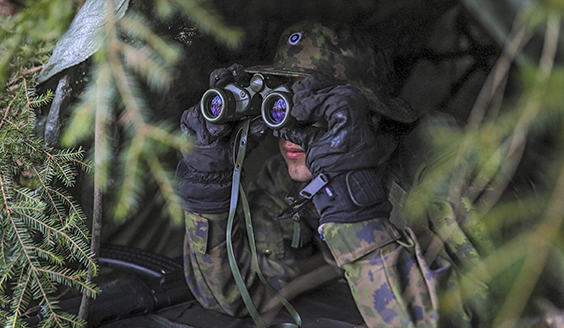 The Sports School is a traditional part of the Finnish training system for top-level athletes. Day-to-day training is carried out in cooperation with the Helsinki Metropolitan Area Sports Academy and the Vuokatti-Ruka Sports Academy. The Sports School also cooperates with the Olympic Committee, sports leagues, clubs and personal trainers to find the best individual solutions.

The Reconnaissance Company is responsible for conscripts' military training with the exclusion of cross-country skiing, biathlon, ski orienteering, ski jumping, snow boarding and combination skiing athletes. These athletes carry out their service in the Kainuu Brigade.

More information about completing conscript service in the Sports School and about the application periods can be found at varusmies.fi/erikoisjoukot/urheilukoulu