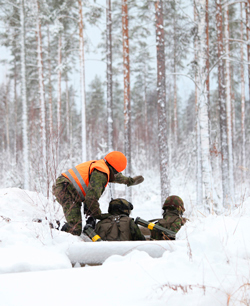 The Education and Training Centre (E&TC) plans, prepares, implements and develops conscript training and the basic and continuing training for salaried personnel taking place in the Army Academy. Additionally, the Education and Training Centre (E&TC) implements the steering of Army vocational military NCO training that the Army Academy has been assigned responsibility for.

The centre's main products are the degrees and studies that are in the syllabus: 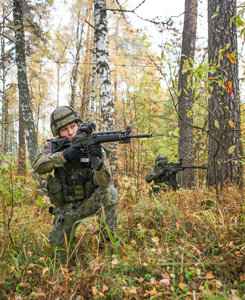 The Reserve Officer Course organises training in five Companies or Batteries, in 25 platoons in total. The combined strength of the course is approximately 700 officer students.
The training provides the basic skills and knowledge needed to be a wartime platoon leader.  The focus of the training is command and leadership, branch studies and cooperation between branches. 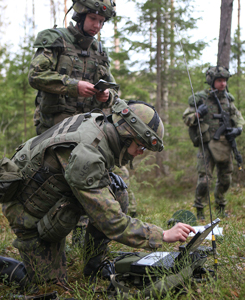 The Army Research Centre is a modern expert organisation that operates in many localities. It conducts research and development as assigned by the Commandant of the Army Academy and it is also an important actor in writing field manuals and guides.
Its main task is to develop Army tactics as well as tactics, techniques and procedures (TTPs) at battalion level and battle group level. The central task of the Research and Development Department is planning, development and use of capabilities, as well as research and development supporting projects and procurement. The department also conducts testing and experimentation to support the above mentioned areas.
Most of the approximately 70 employees of the Army Research Centre work in Hamina but three research branches are located elsewhere. The Research and Development Department's Artillery Branch is in Niinisalo and the Armour Branch in Hattula, since the garrisons there have the equipment to advance the branches’ research and development.

The Centre has ten research areas:

The research and development done here is not done alone by a single researcher or a team behind closed doors, but the focus is out in the field where the troops operate. The Army Research Centre conducts research and testing together with different actors. The experimentation and testing is often done in the brigade-level units.