A Hundred Years since the Homecoming of the Jaegers 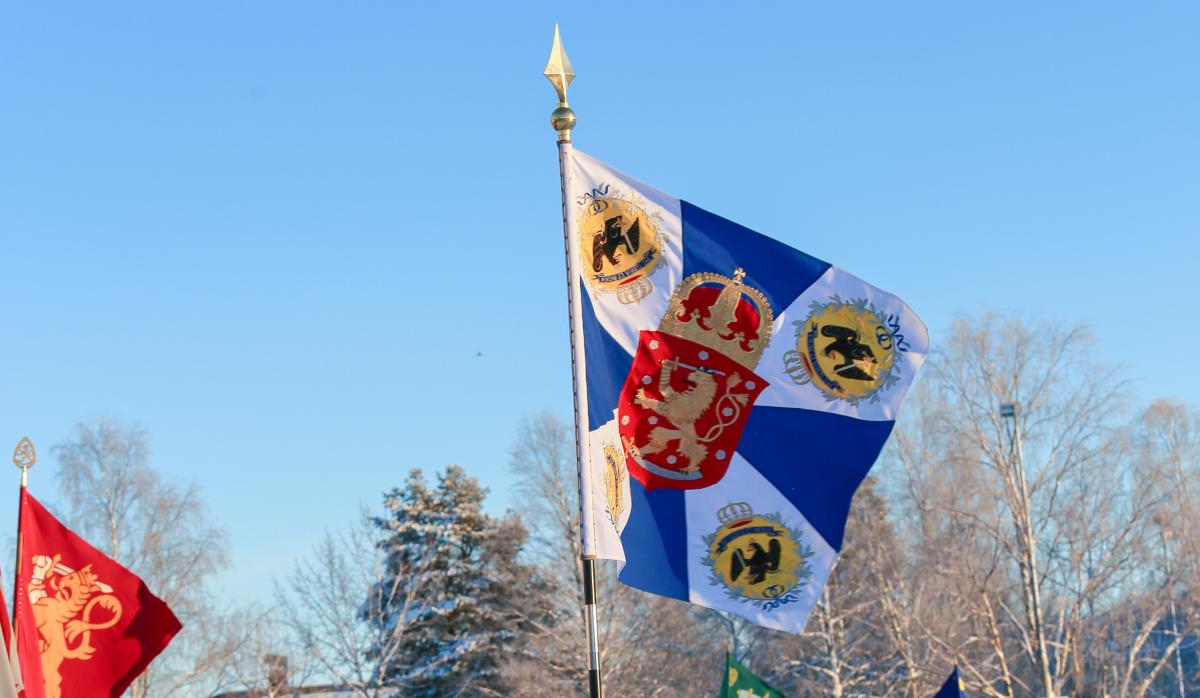 Undertaking military training in Germany from 1915 to 1918, the Jaegers built up the foundation for the establishing of the contemporary Finnish Defence Forces, and, in significant numbers, equalled the officers who served in command duties during the Winter and Continuation Wars as well as the Lapland War. The Finnish Defence Forces celebrates the 100th Anniversary of the Homecoming of the Jaegers in Vaasa from 23 February to 24 February 2018, and in Helsinki on Monday 26 February 2018. The festivities’ programme features a review of troops, a pass in review, an equipment display as well as concerts.

The review of troops will take place at the Vaasa Market Square, and the dismounted pass in review by the Vaasanpuistikko esplanade with its marching direction towards the Jaeger Statue. The troops will be reviewed and the pass in review received by Commander of the Finnish Army, Major General Petri Hulkko in front of the City of Vaasa administrative building. The field devotional will be held by the Finnish Army’s Senior Chaplain Vesa Aurén. The parade troops will be commanded by Commander of Pori Brigade, Colonel Rami Saari. The Navy Band, the Military Band of the German Federal Armed Forces as well as the Choir of Pohjanmiehet will be responsible for the music.

We warmly welcome you to these events – open to the public entrance free!

The parade will affect the traffic in Vaasa. The public is asked to arrive in good time using public transportation in order to avoid traffic congestion.

The events organised by the Finnish Defence Forces

Sat 24.2. at 12 Pass in review by Vaasanpuistikko towards the Jaeger Statue

Mon 26.2. at 19–21 Concert by Stabsmusikkorps der Bundeswehr at the Temppeliaukio Church in Helsinki

Other events open to the public

Fri 23.2. at 19–20.30 Concert by the Staff Band of the German Armed Forces, Stabsmusikkorps der Bundeswehr, at the Vaasa Church

Sat 24.2. at 9–9.30 Wreath Laying Ceremony at the Memorial for Fallen Soldiers

Sun 25.2. at 12 Wreath Laying Ceremony at the Jaeger Statue in the Park of court of appeal, Hovioikeudenpuisto

Dismounted troops in the order of the pass in review

2. Swallow-tailed State Flag (the Flag Guard by the Pori Brigade)

3. Jaeger Flag (the Flag Guard by the Armoured Brigade)

The Navy Band, the Finnish Navy 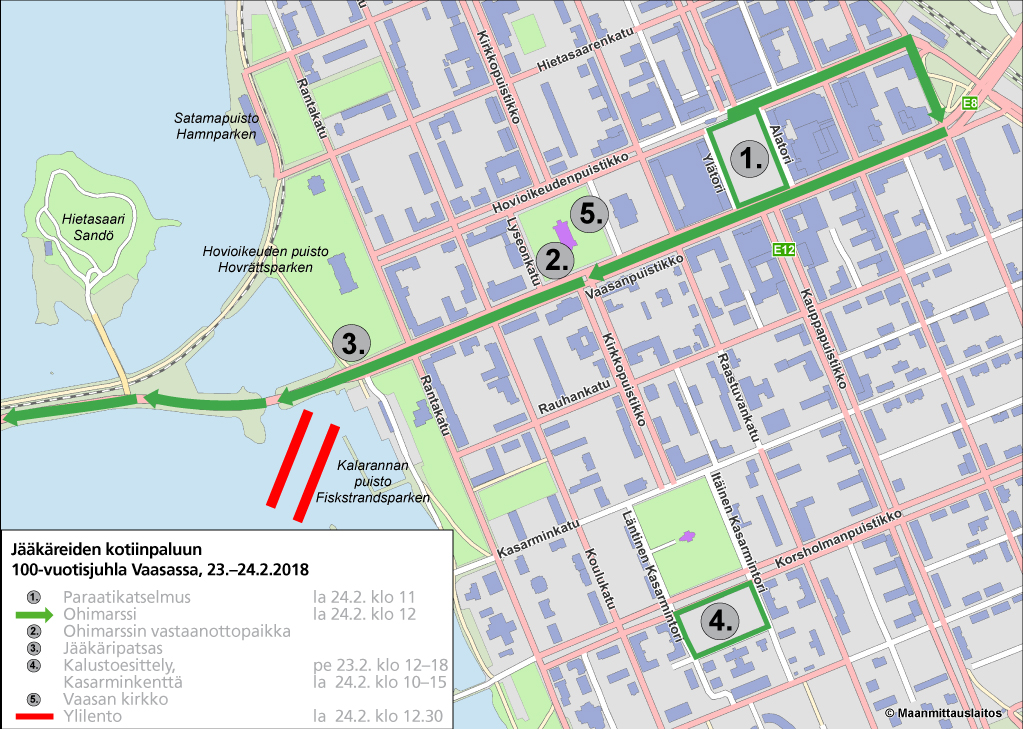 Both the review of troops and pass in review may also be watched live on Yle Areena (here) as well as on the Facebook page of Yle Pohjanmaa and online at maavoimat.fi facebook.com/maavoimat twitter.com/maavoimat instagram.com/puolustusvoimat.fi with #jääkärit100 #maavoimat #porpr
On Jaegers Jaegers were Finnish volunteers who undertook military training in Germany from 1915-1917, and of whom a Royal Prussian Jaeger Battalion 27, Königlich Preussisches Jägerbataillon 27 was formed, which then participated in the battles of the First World War. The Jaegers returned back home to Finland on 25 February 1918 with the homecoming celebrating this occasion organised in Vaasa. The Jaegers built up the foundation for the establishing of the contemporary Finnish Defence Forces, and, in significant numbers, equalled the officers who served in command duties during the Winter and Continuation Wars as well as the Lapland War. Under the command of the Jaegers, the Finnish national defence was developed to reach a stage that enabled the united nation and its trained reserve to preserve our country’s independence during the Winter and Continuation Wars as well as the Lapland War.
Air Force Armoured Brigade Army Guard Jaeger Regiment Jaeger Brigade Kainuu Brigade Karelia Brigade Navy Nyland Brigade Pori Brigade The Finnish Defence Forces The Navy Band conscription servicemen and servicewomen
Share on Facebook Share on Twitter Share on LinkedIn | Print Shared times Email