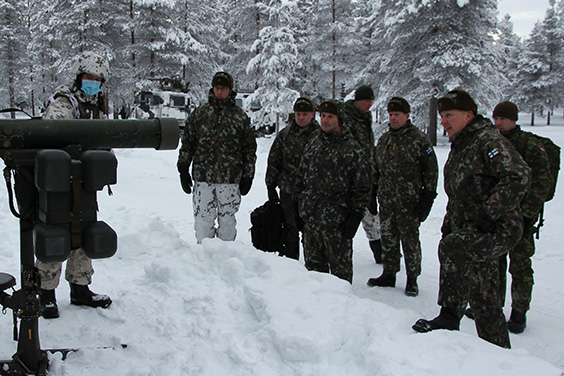 General Cavoli familiarised himself with the Arctic training of the Army and the activities of the Border Guard.

The Commander of U.S. Army Europe and Africa, General Christopher G. Cavoli visited Finland 10- 12 January.  During his visit, General Cavoli familiarised himself with Army Arctic training in the Jaeger Brigade in Sodankylä and observed a live-fire exercise at the Rovajärvi training area.

General Cavoli also visited Ivalo, where he was given a presentation on the activities of the Lapland Border Guard District.  During his visit, he also met the Commander of the Finnish Defence Forces, General Timo Kivinen.

General Cavoli’s visit was hosted by the Commander of the Finnish Army, Lieutenant General Petri Hulkko.  During the visit, the commanders discussed bilateral cooperation and the directions it would take in the future.