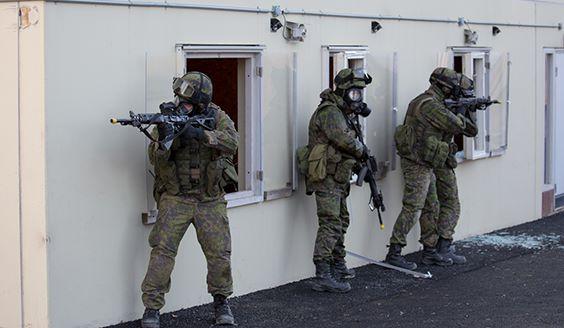 The Combat Training Centre for Military Operations on Urban Terrain (CTC MOUT) of the Swedish Army provides a unique opportunity for the Guard Jaeger Regiment’s personnel and reservists to develop new skills.

Military Police unit consisting of reservist and Guard Jaeger Regiment’s personnel will train independently at the Combat Training Centre from 14 to 21 November. The exercise provides the Guard Jaeger Regiment with an opportunity to utilize the versatile urban training facilities of the Swedish Army.

Fighting in built-up areas is different from combat in the open areas. Complicating factors in urban warfare include the presence of civilians and the complexity of the urban terrain. Urban areas include four basic levels: building, street, subterranean and air.

The Combat Training Centre in Kvarn is exceptionally versatile, allowing company level training and cooperation between army branches. Troops of the Guard Jaeger Regiment are able to do many things to the team level that are not possible in Helsinki and Uusimaa region. 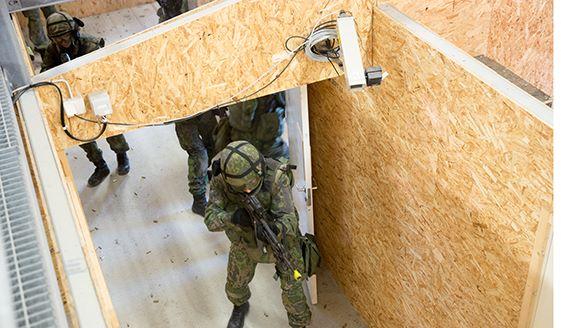 Video system and simulators of the Combat Training Centre allow for the best possible feedback cooperation with the mechanised unit of the Life Guards Regiment From 22 to 23 November. 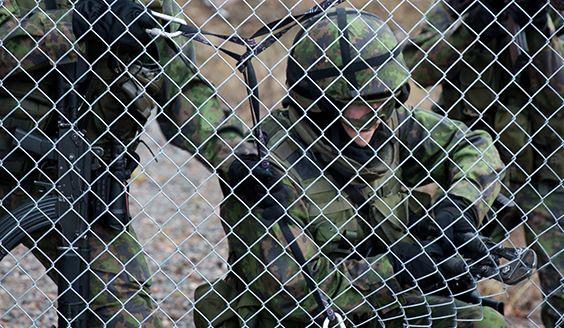 Power tools of the combat engineers are important in Urban Terrain. More photos on the Army’s Facebook page.