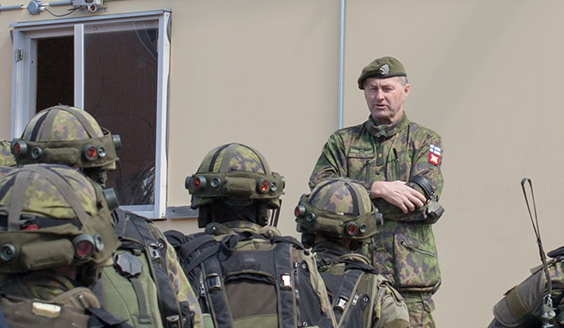 Commander of the Guard Jaeger Regiment, Colonel Ahti Kurvinen and The Commendant of the Army Academy, Colonel Asko Muhonen were also part of the Finnish delegation. Commander of the Exercise, Lieutenant Colonel Niko Hölttä hosted the inspection.

Exercise KVARN17 will develop the operational capabilities of urban warfare units to defend Helsinki and the Uusimaa region. The exercise is carried out as part of the bilateral cooperation between the Finnish and Swedish Armies.