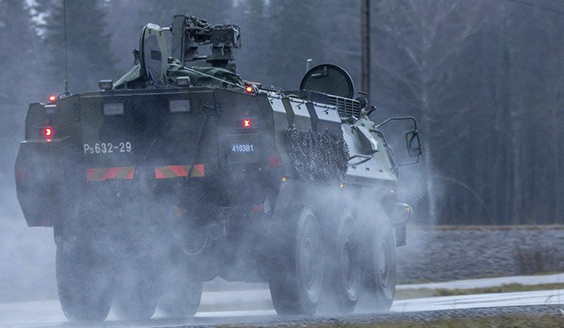 The Finnish Defence Forces’ main exercise Kaakko 19 will be organised in the region of Southeast Finland from 27 November to 4 December 2019. The exercise troops’ motor marches will contribute to a larger amount of traffic than usual and may thus affect other traffic.

The motorised marching detachments’ march speed will be maximum 80km/h from Monday 25 November to Saturday 30 November 2019 while on the move as follows: