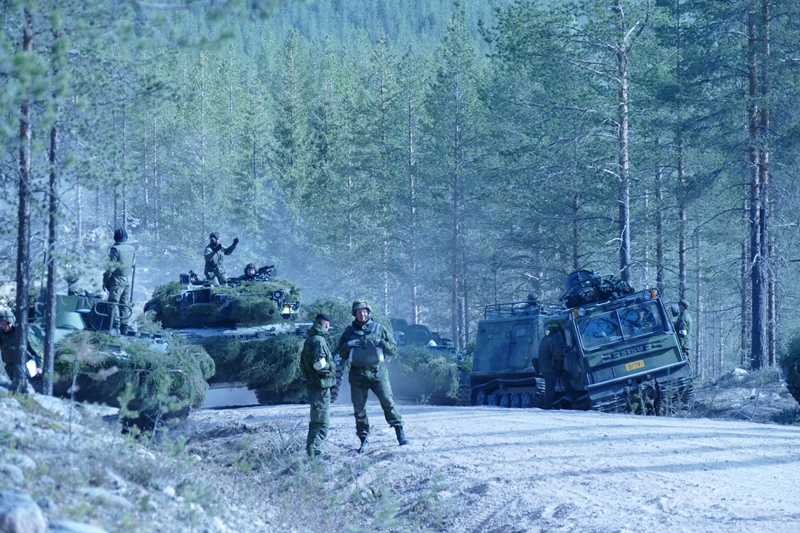 Familiar to nearly everyone, the opening scene of "Full Metal Jacket" features R. Lee Ermey’s Drill Sergeant giving one-sided feedback to the soldiers in his platoon. It is this very image that often still seems to haunt the views voiced on varying types of discussion sites concerning overall feedback giving in the military setting, including the Finnish Defence Forces (FDF). Therefore one of the implicit training objectives of the Armour Reserve Officer Course (ARMROC) given in the Armour School includes correcting this false information by walking the talk.

As part of the training in the ARMROC251 with its altogether 77 officer students, the number of evaluated leading performances and instruction sessions exceeded more than 500 in total. This is the input that then harnesses the officer students with the capacity to continue self-induced professional development following the completion of the ARMROC.

Development as a leader presupposes no miracle-making but rather consists of consecutive steps taken towards developing one’s own actions and doing so in the context of receiving feedback. And the willingness to collect and analyse feedback to make development decisions is a matter of one’s attitude, the training of which remains the mission of the ARMROC.

This training of a platoon leader is pre-initiated as part of an eight-week basic training phase that starts the military service, and is followed by a twelve-week NCO training phase given for the best and most suitable ones. Once having completed the altogether twenty-week-long service phase, the conscripts become subject to yet another selection process, which again qualifies the best ones to attend the fourteen-week ARMROC.

As such, military service remains oriented towards continuing upwards training. This in turn means that the basic training phase covers basic soldiers’ skills, whereas the NCO training continues with section leaders’ skills, and the Reserve Officer Course advances skills in platoon leading to then allow for all platoon leaders getting practice in their respective wartime tasks with their assigned wartime platoons during the remaining fourteen-week training period in military training exercises and at given garrisons. 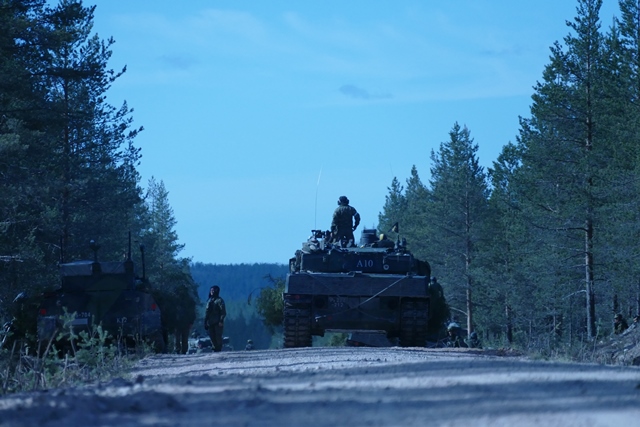 Following the conscript service part of the military service, the operational forces remain utilisable in case of a crisis for the purpose of decisive combat in the country’s entire area, which means sustained capability for conducting an offensive mission in difficult conditions, and therefore the operational forces remain equipped with the most optimal materiel. When raising readiness, the peacetime instructor-system that is run by professional soldiers becomes replaced, as the professional soldiers begin executing their respective wartime tasks, while the platoon leaders immediately assume full leading and instructing responsibility for their assigned platoons at troop mobilisation. Carrying out all this asks for capable leaders who sustain capability for instructing and leading as well as developing themselves and their subordinates. The prerequisite for this is that the platoon leaders remain able to receive and handle feedback.

The prerequisite for this is that the platoon leaders remain able to receive and handle feedback.

The following Figure 1 features the FDF framework for leadership behavior as outlined in the Leaders’ Handbook that views feedback as comprising both internal and external feedback intertwined. It is the external feedback given on a leader’s behaviour by subordinates, peers, and superordinates that then becomes internally processed by the given individual leader. Having internally analysed the feedback, the leader is then to formulate an inner development decision, and on the basis of this decision made, improve his/her performance the following time around. However, if one is unaccustomed to receiving feedback, it may be difficult to be at the receiving end, which may result in backfiring that prevents any further development from taking place. This is why it takes training to be able to receive feedback as well.

In a couple of days’ time, the student officer and the supervisor discuss the feedback that has been in the meantime accrued in writing from the participating trainees. This anonymous written feedback provides food for the discussion that is oriented towards identifying the given officer student’s personal strengths and weaknesses as concerns the set instruction session. Similarly, the set leading performances’ feedback discussions are carried out as well.

For years, the armour specialists have been used to speaking up, and the form of this feedback offered has enabled making simple development decisions relating to practice following each set performance. The feedback discussion per se tends to last fifteen minutes on average but may extend to a full hour depending on the substance-matter that the student officer deems worth discussing.

Apart from conducting the set instruction sessions and leading performances, each student officer also gets to be present in some 25 instruction sessions as well as altogether 25 leading performances complemented by giving feedback and listening to the feedback provided by a professional soldier. In the starting phase of the ARMROC, the feedback formulated by officer students focuses on differentiating between an optimal performance and a less optimal one but features inability in specifying why this would be the case. Yet, by the seventh week, the feedback offered demonstrates elements indicating an ascending level of specifying ability to be peaked by the end of the course that tends to demonstrate an understanding of beneficial feedback and the ability to specify the reasons for successful performances.

Picture this: the platoon is dispersed and dismounted, and has begun its attack in the direction of an adversary.

To illustrate this upwardly learning curve in feedback giving skills in practice, what follows next describes an instance relating to leading an armoured jaeger platoon. Picture this: the platoon is dispersed and dismounted, and has begun its attack in the direction of an adversary.

One of the platoon’s sections has been caught in friendly indirect fire and consequently sustains collateral damage, which results in halting the platoon’s offensive to be continued only after a lengthy pause. During this very pause, the adversary disengages itself, and while doing so it ensures that the halting section becomes impacted by indirect fire that results in additional blue force losses. 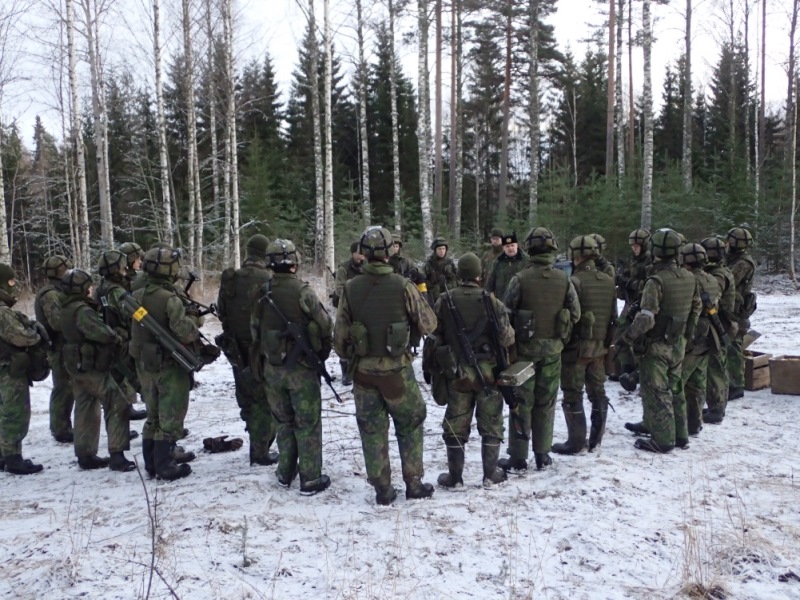 On the basis of this use case example, it is straight forward to make the development decision that the command post must always be retained in combat and that successfully doing so presupposes that the section leader must be fluent in using the set leading equipment also while advancing mobility. In the case of this particular leader, he/she must pay attention to his/her exact location. While keeping this in mind, he/she will be able to perform significantly better the following time.

The above described example of an offensive was followed by a feedback session that dealt with the relevant issues as outlined. In the beginning phase of the course, the instructor needs to bring up the majority of the feedback points, but as the ARMROC advances, the officer students become increasingly capable of interpreting their own actions and those of and others as well as leading behavior to pinpoint the salient areas in need of development. Again, in the beginning phase of the ARMROC, the instructor fishes for correct information among the trainees by employing leading questions, whereas by the end stage the officer students initiate the relevant substance matters to be discussed, which facilitates learning from each other’s performance. Obviously, the three set leading performances completed during the ARMROC remain insufficient from a learning viewpoint, and thus it is the high-quality feedback discussion that will facilitate the learning of all involved. This is why all the feedback discussions carried out in the ARMROC focus on the leadership performance to be able to determine the impact of leading on the troop’s actions. After all, the individual soldiers’ skills have already become mastered way earlier. 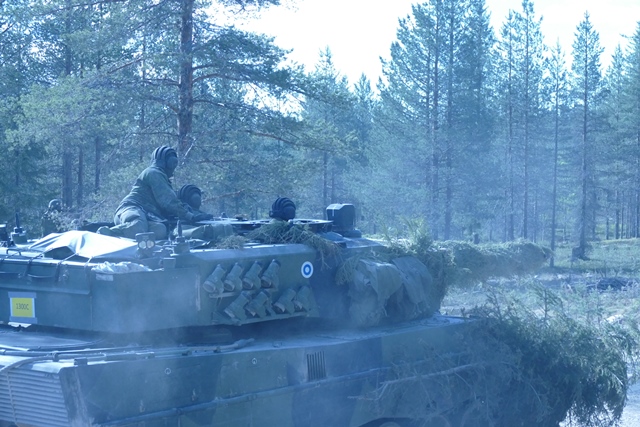 Feedback receiver is an individual

Since each and every feedback receiver remains an individual, there is no one correct method for giving feedback. This said, the rule of thumb offered during the course is that the feedback given must always relate to practice and thereby be individualised. Even though no personal remarks are ever allowed, some matters do boil down to personality differences. As just one item of feedback would remain insufficient, the objective in giving feedback is in specifying the three most significant points that are then discussed and based on which each individual is able to determine their own development objective. As the course progresses, the overall courage in giving feedback increases, and the troop realizes that the training objective is not in blaming anyone but rather in identifying the reason for a successful performance or its counterpart. By the end of the ARMROC, the atmosphere in the feedback sessions tends to be very open and analytic.

Human being learns from successes

Somehow it seems to be part of the Finnish mentality that negative thinking tends to dominate. When a student is asked to give feedback on his/her own performance, the most frequently used opening line is that of "I failed in the following…" Moreover, when assessing the performance of others, the failures always get to be pinpointed the first thing. The training objective in giving feedback involves improving less optimal performances and identifying personal strength areas. Identifying successful elements aids in improving the self-confidence of the leadership trainee and in imprinting a positive memory of the given performance, which is essential since a human being learns more optimally from successes than from failures.

One of the procedural principles abided by in the ARMROC is that each and every one aims to identifying, not merely the default failures, but also the good points in one’s leadership behavior.

One of the procedural principles abided by in the ARMROC is that each and every one aims to identifying, not merely the default failures, but also the good points in one’s leadership behavior, and then to hold on to these. If each feedback session only focuses on failures, one’s motivation curve is bound to resemble a downward spiral resulting in reduced overall motivation and avoidance of failing instead of being courageous enough to keep trying. As such, the feedback sessions are not just about complaining about the leadership behaviour of the prospective leaders but rather to illustrate the optimal and less optimal consequences of leadership behavior, and thereby provide tangible tools for leader development. 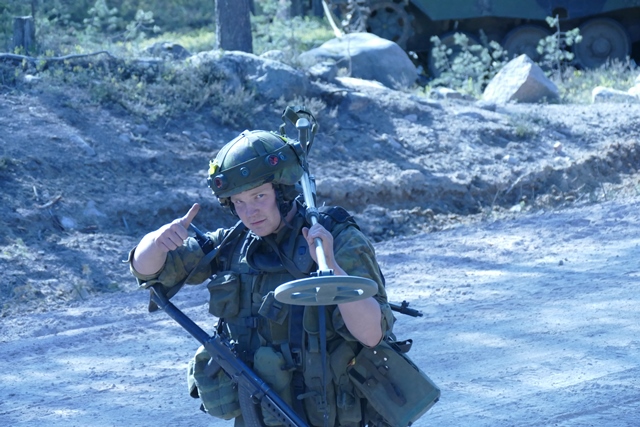 Once the ARMROC has become completed, the form of giving and receiving feedback changes. This means that each leadership performance will no longer be followed by asking the subordinates to provide feedback on the leader’s actions. Rather, the leader is forced to analyse the impact of his/her leadership behavior on the unit’s actions on the basis of the subordinates’ actions.

This translates into reflecting why the particular section is acting the way it is and how the leader’s own leadership behavior affected the sections acting. It is this capability for an analytic approach to leading and instructing that equals the key training objective of the ARMROC.