The Deployable CBRN Laboratory equals both a national and international capability. 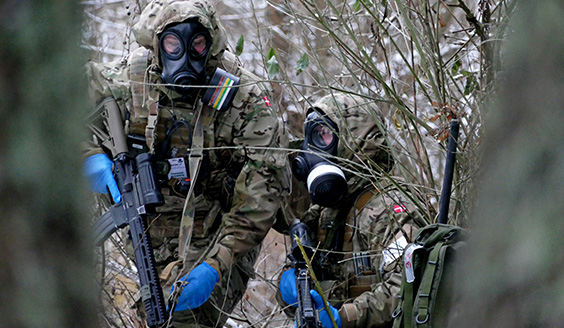 The national Centre of Excellence in CBRN Defence organises the instruction as well as provides the equipment and facilities for the national courses in CBRN defence and rescue. These courses mainly cater for the tuition of salaried personnel and cadets, with nearly 150 course attendants travelling to Säkylä on a yearly basis. The national Centre of Excellence in CBRN Defence comprises the Deployable CBRN Laboratory and the CBRN Company, with the former sustaining high readiness, and the latter focusing on training conscripts for wartime duties and being responsible for specific continuing training of professional soldiers, respectively.

– As regards executive assistance and inter-authority cooperation, we train with other authorities in Finland on a weekly basis, provide executive assistance and carry out research activities concerning the CBRN branch. When applicable, for instance, in disaster incident settings, our CBRN units provide support in decontaminating substantial numbers of personnel and equipment. 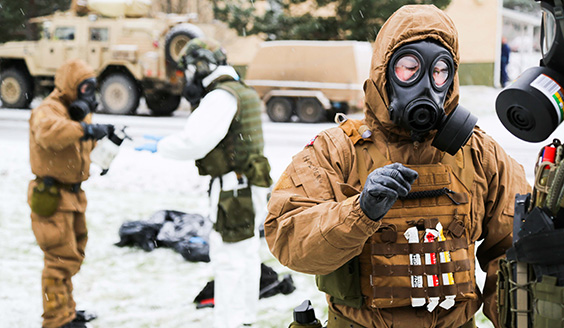 The national Centre of Excellence in CBRN Defence features both top-level expertise and high-quality equipment. Engaging in international training brings about tangible benefits in the form of enabling the comparing of equipment and validating of procedures as well as partaking in development activities. Moreover, international cooperating also provides a cost effective means for developing own functions.

– Our strength continues to be our extensive competence. Furthermore, our versatile equipment is of high-quality examined both from a national and international viewpoint.