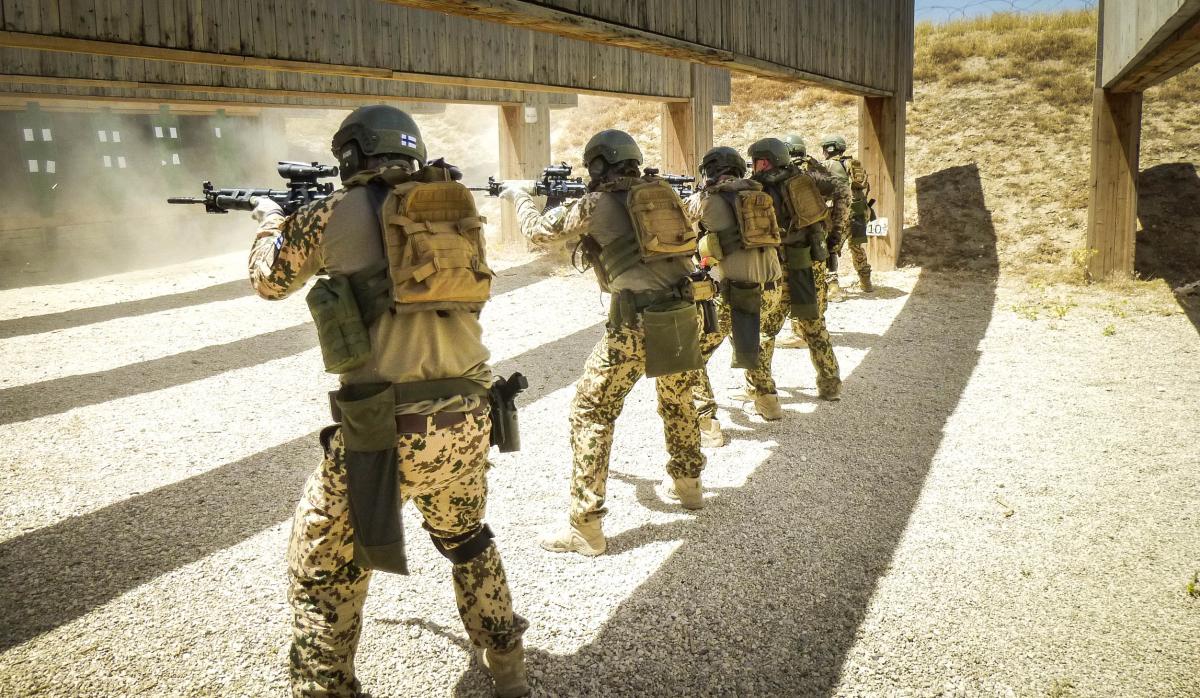 The mission of Resolute Support (RS) remains the same: train, advice and assist the Afghan National Defense and Security Forces to enhance security of the nation. Total of 39 nations have committed to the beginning of the new four-year period.

Mission supports the positive development of the society and its stability. The successful development of security prevents disputes in the area, reduces emigration from the country, and enhances living conditions, rights and equality of citizens.

Personnel of the Finnish Contingent serve in advisor, staff and force protection assignments as well as in National Support Cell, which is service support element which creates prerequisites for the operations of the other Finnish elements. Personnel strength of the contingent is 30. Finnish contingent operates from RS bases in Kabul and Mazar-e-Sharif. From 2017 the Finnish Contingent has included a Force Protection (Guardian Angel, GA) Squad located in Kabul.

The Finnish force protection squad serves under Kabul Security Force, which provides as secure as possible working environment for the advisors and civilian actors.

– Guardian Angels are responsible for their security during mounted or dismounted movement. GA’s are enablers, an essential part of the advisory operations, the former GA squad leader Harri, who is preparing for repatriation, the task and function of his team.

Afghanistan National Defense and Security Forces (ANDSF) have the main responsibility of Security and order in the country. The objective is to develop the structures and capabilities to the level where they can independently and credibly maintain security of the nation. Security situation in Afghanistan is still challenging and it varies by area and season.

– Demanding security situation is reflected in every force protection mission. Professional procedures, training, correct techniques and equipment set conditions to carry out the force protection mission in as secure way as possible. The Guardian Angels are aware of the situation and challenges of their task. After action review about incidents in missions is conducted with whole team. This is a way to collect and share experiences from each mission and simultaneously provide peer support, explains Harri about the risk management in force protection.

The Guardian Angels tries to preempt possible tread situations. Right observation, quick reaction to changing situation and correct positioning during the mission are highlighted in action.

– The Finnish Force Protection squad has accomplished its missions successfully, professionally and safely. The squad has fulfilled the requirements of its missions with the high quality and received positive feedback of its activities. The task was demanding and interesting. Its significance was concretized in everyday work with the protected personnel. Without the Finnish Force Protection Squad in Kabul, advisory would have had been reduced remarkably, Harri states.

Resolute Support Operation executes Training, Advisory and Assistance (TAA) of security authorities on National level and on Army Corps and Police on regional command level. In the new plan, TAA will be extended also to lower level command by using separate expeditionary advisor teams. By functions, leadership and management training for leaders and counteraction to corruption are emphasized.

For security reasons, only the first name is used for the Finns serving in Resolute Support Mission