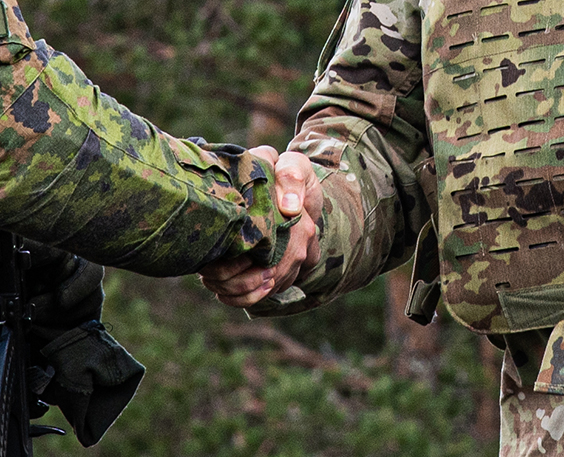 We are living in exceptional times. Partly for this reason, this summer was heavily international in the Jaeger Brigade. From July to August, the most visible element indicating this was a combined training exercise event with a company of the 101st Airborne Division of the United States Army. Equaling more than mere force, this very division stands for one of the most well-known divisions of the US Army. Their heritage and legacy reaching all the way to WWII, the division operated as the point unit in airborne landings of the First Army Contingent at Normandy in summer 1944.

On 27 May 2022, Minister of Defence Mr Antti Kaikkonen took the decision on increasing international military training activity in Finland. For the Jaeger Brigade, this decision translated into a promptly launched, intense planning phase. Consequently, the planning time frame differed from what is customary to international training activity.  Usually TREX-specific planning spreads out over a year or two-year cycle. Now we only had just over a month. However, our planning machinery still managed to perform optimally.

In early July, the TREX execution phase started, as the main body of a US infantry company arrived at the Jaeger Brigade. At the initial phase of activity, practicalities got sorted out, including tending to matters such as receiving personnel and materiel as well as training audience troops settling in at the garrison. Then we moved on to the main topic, in other words exercising together by drilling operating under arctic conditions. The exercise drills conducted involved force integration combat training, field training exercises, and live fires both at range and as part of an LFX. The lessons learned have been very positive. It has been exceptionally delightful to be able to observe how our persons liable for military service, both conscripts and reservists alike, have completed their missions alongside the service personnel. 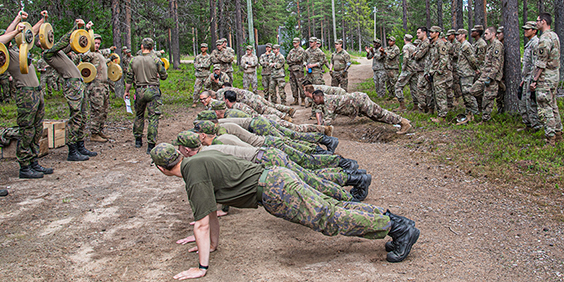 As the Jaeger Brigade we have received thanks for the combined TREX event’s implementation from our partners. We have indeed accomplished a great deal together. According to our partners, these past two months have involved as much exercising/training in total as usually in six months. Especially, the high number of live fire drills was appreciated.

Cooperating with the US troops has run smoothly. Obviously, slight differences remain discernible relating to procedures, and plenty of practical matters have required finetuning, as is typical for multinational activity. It is still safe to say that our combined exercising has demonstrated our capability to operate together as validated by the two conducted FTXs and an LFX. Personally, I also find it worth bringing up how we jointly carried out a company-level offensive by using live ammunition. This type of an exercise drill is demanding even if just nationally conducted.

For the US troops this experience must have been a memorable one. First, take the 24-hour-long daylight in Lapland. It is not that easy to get a proper night’s sleep in bright daylight unless you are used to doing so. Abounding in a variety of weather conditions and exceptional terrain contours, the arctic environment offers learning experiences. A night that will be remembered includes staying in a firing position/foxhole covered only by a piece of filter fabric as a shelter from torrential rain. No complaints were ever voiced. Real professionals!

One might think that long-term reliance on the Jaeger Brigade’s Garrison at Sodankylä could turn out to be somewhat boring over time. Therefore, we decided to familiarise our partners with Finland a bit more thoroughly.  We arranged for opportunity to learn about nature in Lapland by, among others, climbing the highest peak of the Pallastunturi fell, Taivaskero, as well as visiting a local reindeer herding farm, seeing the Arctic Circle, and familiarising with military history. A mandatory part of the Finnish experience was also bathing in sauna. The arrangements were appreciated. An example of this is how a member of the US leadership said: "Familiarisation with local society has shown that Finland is worth defending. In the event of a worst-case scenario, all this commits us to supporting Finland’s defence shoulder to shoulder." 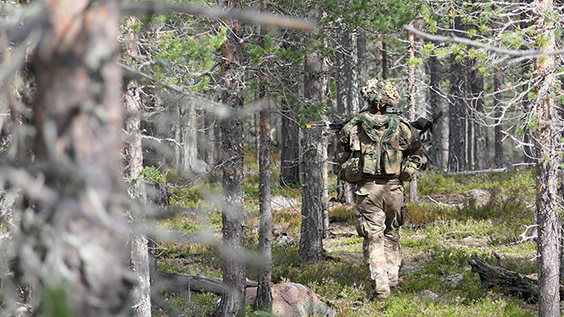 All good things come to an end eventually. Now in late August, we are at a closing phase which has our partners prepare for redeploying for their next destination. Some of the containers are already on their way, and the main part of the personnel will be leaving during the current week.

Of particular note are the Jaeger Brigade’s service personnel. Although this combined exercise may have been the most visible part of the measures by which the Jaeger Brigade reacts to the exceptional world situation, it still is not the one and only. A number of other matters remain in-progress and require effort. Despite the workload, we have all made it as the Jaeger Brigade!

So, what did we learn from this exercise entity? All in all, this was an excellent learning experience for both our soldiers and our partners. I would venture to say that we have demonstrated our ability to operate #together under arctic conditions. It also pays off to keep in mind the lessons identified and learned while operating as a host nation. All this will be increasingly beneficial in the future as the Jaeger Brigade and the north continue to attract international interest.

On a personal level, to summarise the experience gained: both confidence in our own doing and appreciation for the US military increased.