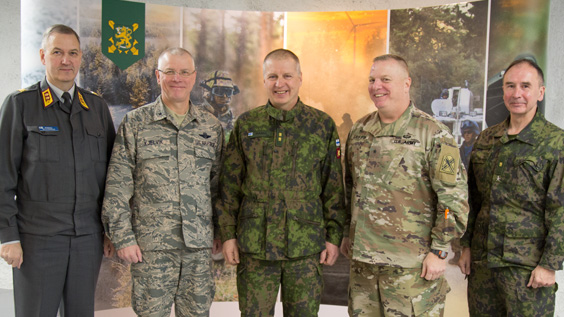 The visit aims at charting future cooperation possibilities. During the visit, the Virginia National Guard delegation will also be familiarized with the live firing exercise of the Karelia Brigade’s readiness unit in Pahkajärvi as well as the premises of the Finnish Army Command in Mikkeli and the Lapland Air Command in Rovaniemi.