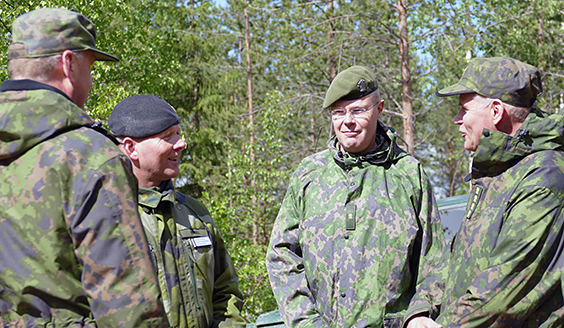 During his two day visit Colonel Frisell inspected his troops and familiarized himself with a Finnish artillery command post and jäger company`s combat against the yellow battalion. He was also introduced the simulator feedback of both combat parties.