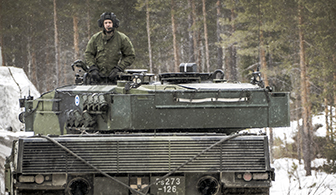 Until recently, main battle tank (MBT) training has been mainly organised by the Armoured Brigade with its long-standing training traditions and top-quality expertise. As of 2017, on the order of the Finnish Army Command, this training is now being extended to cover four more brigade level units including the Kainuu Brigade in Kajaani.

The objective in extended MBT training involves further fostering the expertise and capability of Finnish Army conscripts and personnel in operating with a mechanised force. Furthermore, having Leopard 2A4 MBTs as part of the troop composition both enhances cooperation between branches and enables regular training practice implemented regionally and nationally. By the same token, Leopard 2A4 MBTs serve as the replacement for the decommissioned Russian-made T-55 battle tanks. 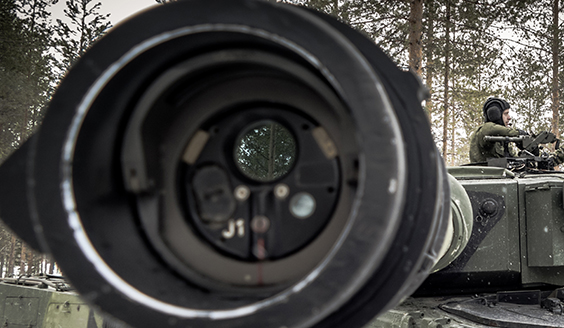 The crew of a Leopard 2A4 MBT comprises the vehicle commander, driver, gunner, and loader with their own assigned set tasks.

Consequently, the vehicle commander (VC) commands the crew and coordinates the use of the armoured vehicle. The driver navigates the armoured vehicle on the battlefield as ordered by the VC. The gunner utilises the turret with its equipment, the autocannon and the coaxial machine gun on the VC’s order. The loader loads the projectiles of the primary armament and oversees the ammunition of the machine gun. In case necessary, the gunner also uses the heavy machine gun.

Critical for sustaining optimal operating on the battlefield, crew communication marks perhaps the most significant skill for establishing trust in how all the crew members do execute their set tasks to ensure mission success dependent on all the crew members pulling their weight. 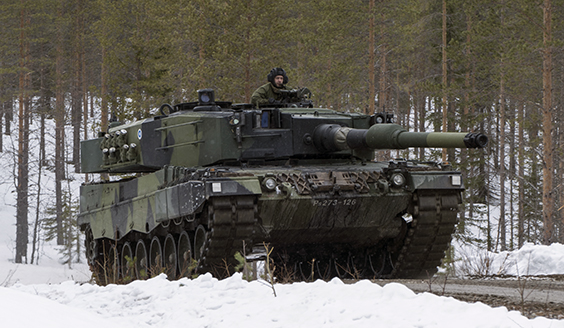 When expanding the usage of Leopard 2A4 MBTs, it is necessary, for instance, to modify the training grounds in order to facilitate optimal crew training on the field and, when doing so, also account for the needs of the other branches. This entails, moreover, enhancing the existing infrastructure to meet the needs posed by vehicle maintenance and storage. This also equals providing continuing training for salaried personnel in carrying out the demanding tasks concerning MBT training.

In fact, it was in the national Independence Day Parade’s pass in review in Kajaani on 6 December 2016 that the local audience in situ were, for the first time, familiarised with the Leopard 2A4 MBTs. Conscript training began with the first contingent of 2017, and involved undertaking the basic training period in the Kainuu Brigade, followed by the MBT equipment course, combat and marksmanship training as well as leadership training in the Armoured Brigade. Once having completed these training modules successfully, the conscripts will return to their own respective brigade-level units for the special and unit training period to be mustered out after the service period of 347 days for all the MBT crew members. 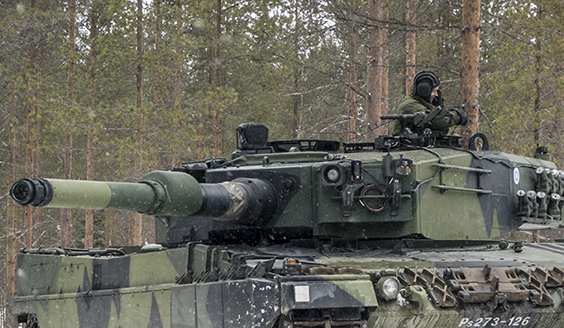