This team never gives up 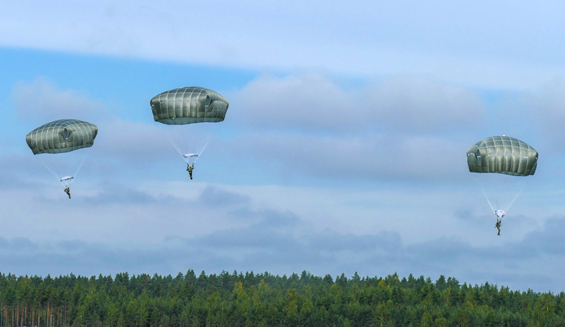 As such, the jump training period literally aims to prepare the soldiers for carrying out safe and secure military descents from exit to flight to landing in varying conditions. In fact, the extreme roughness of this training period became apparent to all of us on the very first days of our training. At that point each of us got to know exactly how this training period had earned its aura in the first place.

Although the roughness of the very start turned out to be shocking, little did we know, since the going was only to get tougher. Day by day, we were required to operate with increasing precision, faster, and more confidently both while undertaking jump training and in daily unit procedures.

Leave no man behind

During the jump training period, one of the key lessons learned had to do with the importance of team spirit, the motto being ”Leave no man behind”. For instance, when running in formation, we never left the physically weakest mate behind. Rather, we would carry his rucksack and help him out by, for example, pushing him forward. At the very start, it was actually difficult to stay put to give a mate a hand, but as time went by, we learned that, regardless of the circumstances, we never leave a mate behind. 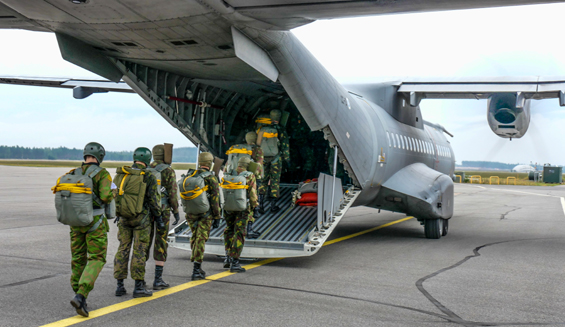 Giving up was never an option, even though, at times, this option was available. It may have sounded like an attractive alternative to get a cold drink or leave the rucksack for the instructors to carry, but everybody always kept going despite the pain. And, at times when running uphill or doing squats felt like never-ending, even the toughest of the tough started reconsidering where they had ended up. However, the intense team spirit and practice of helping each other out no matter what made not quitting always the alternative to opt for.

Meanwhile, it was surprising to notice that we also had quite a few theory sessions which then allowed us to get some ”rest” and learn new things. While attending these theory classes we may have been somewhat low in energy as fatigue took its toll but we still managed to internalize everything as best we could.

By the aircraft door, panicking comes naturally with the feet numb and hands trembling. At any moment now I am now ready to exit.

I get the sign and jump. Falling I feel how the canopy opens. The sound of the aircraft grows distant and I start breathing normally again. All is silent around me. Below I can spot the instructors and my mates who have already completed their descent. 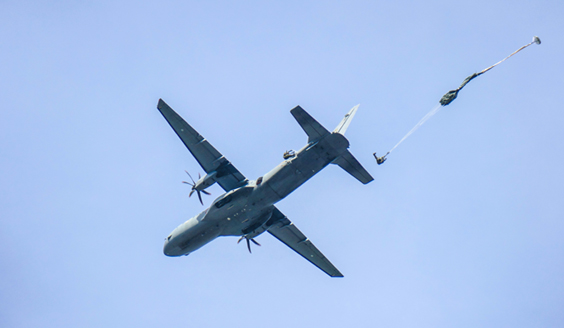 Preparing for landing I notice the ground nearing fast. I roll over and conduct the post-landing procedures. Adrenaline in my system I approach the assembly point to hear everybody excitedly tell about their jump. Words fail to describe how we all feel! Admiring those still in-flight in the sky, we prepare to move forward.

Having all completed the landing successfully, we embark on what is called the beret run. The parachute pack is heavy and running everything but a pleasure, yet we all keep going with the beret in mind boosted by the adrenaline. Arriving in the unit sporting the berets, we all stand to attention chin up with the paratroopers’ qualifying insignia on the berets basking in the sun.

This is a great feeling of accomplishment and deserves to be celebrated but we all know that this is a long journey that is only about to begin.

Apply for the 2020 paratrooper course by 6 December 2019. More infromation: varusmies.fi/en/paratroopers

Paratroopers’ parachute jump training puts to the test the resilience of both body and mind. This training is made particularly strenuous by the long-term duration of the physical activity and the sheer number of factors with simultaneous impact. For instance, someone may run faster than another person but cannot take negative feedback that well, which in turn may decrease his performance capability far more than would be the case of the level-headed person who runs less optimally but can take it. In other words, the key is overall strength of both body and mind.

In conjunction with undertaking demanding training, willpower becomes pronounced. When feeling weak and just wanting to get some rest, you notice that those moments in an aircraft and exit do come to mind with clarity - as does the honor of being part of this fine and rock-hard team that never gives up no matter what.

These thoughts in turn generate willpower that makes running effortless and gives the stamina to haul along a mate’s gear should his strength wear out. 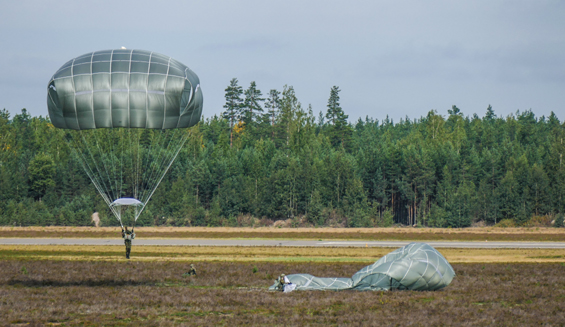