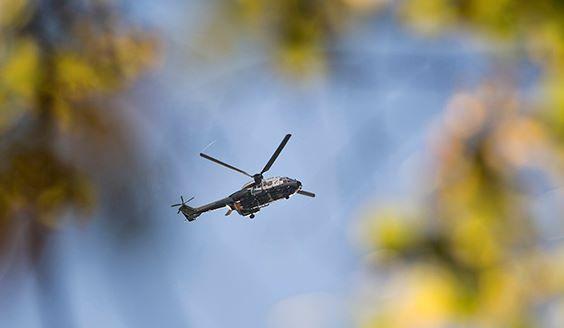 Exercise Kehä 16 to develop cooperation between authorities was held at the South Harbour in Helsinki on 5 September. The participants included the Helsinki Police, Gulf of Finland Coastal Guard, City of Helsinki, Helsinki City Rescue Department, Port of Helsinki and Customs.

The exercise on cooperation between authorities was part of the Kehä 16 local defence exercise, which aims to develop the capability and preparedness of conscripts, reservists, personnel and authorities with regard to unexpected and diverse threats.

- For the purpose of the exercise, a scenario was put together where criminals had taken control of a terminal, explained Commander of the Guard Battalion, Lieutenant Colonel Ari Lehmuslehti.

This initiated a police-led operation in which the area was isolated.

- When the personnel and equipment resources of the police prove insufficient, requests are issued to other authorities to provide their capabilities. All authorities sit at the same table when decision are being made, reminded Head of the Helsinki Police Special Operations Unit, Chief Inspector Heikki Porola.

The Finnish Border Guard provided a significant amount of support to the police with its capabilities. The patrol vessel Turva and the Super Puma helicopter were just some of the resources taking part in the exercise.

- The exercise was an excellent indication of how authorities can organise an extensive exercise in the middle of Helsinki, said Lieutenant Commander Pentti Alapelto, who leads operational activities for the Gulf of Finland Coast Guard.

The criminals were seized through a joint operation conducted by the authorities.

- The exercise was intended to provide a challenge in terms of leadership, along with insight into the development of cooperation, described Lieutenant Colonel Ari Lehmuslehti. 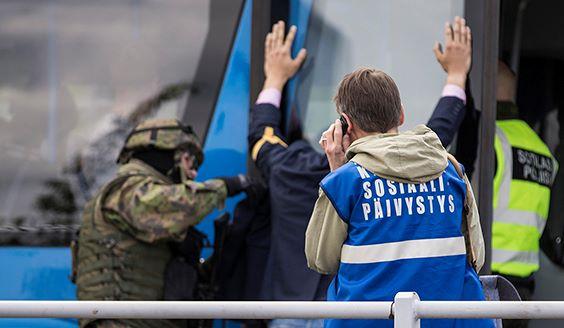 The City of Helsinki was represented in the exercise by the Helsinki Police Department, the Rescue Department as well as Emergency Social Services and Crisis Emergency Support, amongst others. The city organisation is actively involved in developing cooperation between authorities in order to prepare for extraordinary events.

- The City of Helsinki is seeking to improve its crisis management capabilities and the means by which support is both provided to and received from other authorities, said Chief of Preparedness at City of Helsinki Anssi Vuosalmi with regard to the goals of the City.

The third goal for the City of Helsinki was to offer psychosocial support.

- Professionals in emergency social and crisis management services take care of civilians who have experienced shocking situations and provide the support that is needed, Vuosalmi explained.

Swedish authorities followed the progress of the exercise

- Organising the exercise in the middle of Helsinki without disturbing the city residents was an impressive feat, said Lieutenant Colonel Tobias Ekman, Commander of the 11th Military Police Battalion of the Life Guards. 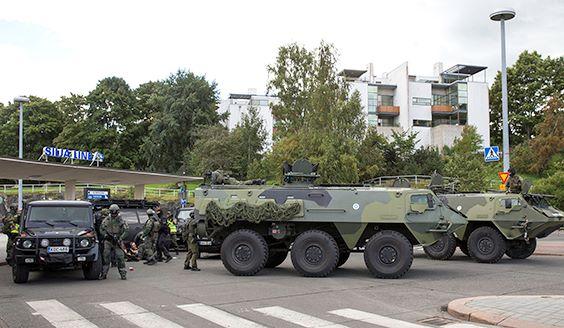 The aim of seeing the exercise first hand was to share best practices.

- We saw authorities working together not just at an administrative level but also at a tactical level. Our assessment is that the Finns have an operating model that works well when it needs to, elaborates Lieutenant Colonel Ekman.

The Swedish guests were pleased with what they learned over the course of the visit.

- We had excellent discussions between the police and defence forces of both countries.

Representatives of the Swedish Police were also present to watch the exercise.

- I was impressed by the good cooperation between authorities, said Police Commander Håkan Karlsson regarding his impressions of the event.

Karlsson sees national cooperation between authorities as extremely important, and believes that you can always learn from each other and find new ways to use your resources as efficiently as possible.