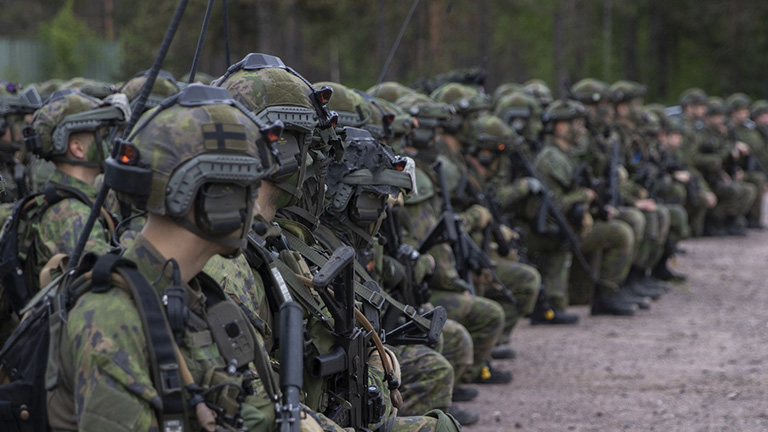 Participants of Exercise Vigilant Fox include the readiness units from Pori Brigade, Guard Jaeger Regiment and Karelia Brigade, as well as our international partners from the United States and the United Kingdom. The total strength of the exercise will be around 750 persons. The exercise is led by Army Command Finland.

Participants of Exercise Ryske 22 include the readiness units from Jaeger Brigade and Kainuu Brigade and our international partners from the United States, Sweden and Norway. The total strength of the exercise will be around 750 persons. This sub-exercise is led by the Jaeger Brigade.

These exercises are supported by an aviation exercise organized by Utti Jaeger Regiment, which also includes U.S Army Aviation units and units from the United Kingdom’s Royal Air Force.

The goal of these exercises is to develop and improve the readiness and capabilities of the Army’s readiness units, and integrating their tactics, techniques and procedures with those of our international partners. In Exercise Ryske, the goal is also to develop the participating forces cooperation in an Arctic environment.

This series of exercises is part of the Army’s additional international exercise and training schedule for the summer of 2022.