EUBG standby period supports in the reserve as well 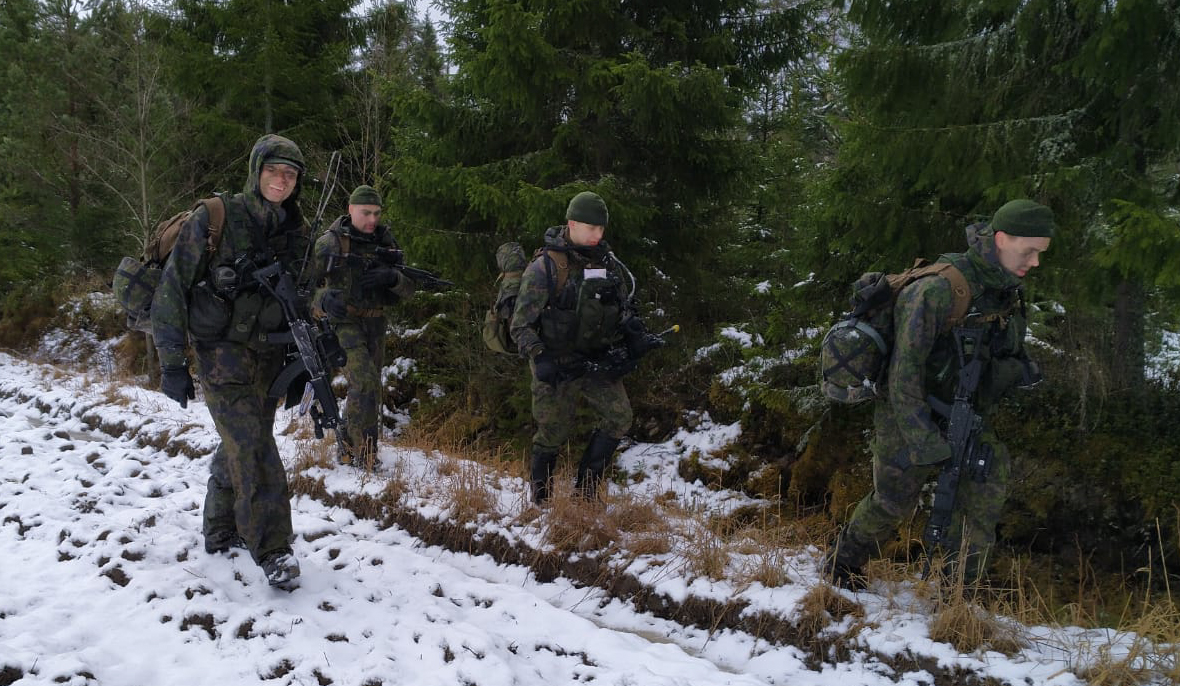 At the end of the year 2020, the standby period of Finland and that of Staff Sergeant Jape ended, but the international training experience accrued supports in the national reserve as well. According to SSG Jape, undertaking this training was demanding but provided a unique and lasting experience.

Finland’s six-month standby period in the European Union Battle Group (EUBG) lasted until the end of year 2020. As such, this marked the seventh time that Finland participated in the EUBG. Finland’s contribution this time comprised an armoured reconnaissance detachment as well as a national support element trained in the Pori Brigade for the purpose. SSG Jape served as part of the EUBG and was involved in the EUBG activity from the start of the year.

– Our training began in January 2020, and the following four months were full of intensive training but we did have most of the weekends off. Roughly half of the training involved combat exercises whereas the remaining of the time was dedicated to tactical combat casualty care, SERE, marksmanship, and equipment training.

As to SSG Jape, those undertaking training all had diverse work backgrounds in that some had extensive experience from international missions and from the FDF, whereas others were part of this for the very first time after having previously mustered out into the FDF reserve.

My particular section featured strong experts from a number of branches.

– Our great team spirit supported the doing and, in fact, during the course of those four months we reached a capability level that enabled us to carry out the set tasks as ordered if necessary. My particular section featured strong experts from a number of branches. I must say that the best part of the training involved the section and team spirit. In addition, the role of the reconnaissance detachment was critical for the battle group in that this would be the first operator in a given area of operation.

Due to the coronavirus situation, the main exercise part of the EUBG training scheduled to take place in Germany had to be canceled. However, the replacement exercise organised in Southern Finland instead turned out to be interesting according to SSG Jape. This exercise enabled thorough validation of the EUBG detachment’s training level and capability.

International activity as part of training

The EUBG 2020 was led by Germany. Photo: Thomas Trede.

– The training was excellent in that it provided great readiness for the tasks in the reserve too, as well as a solid base for undertaking international crisis management training. While training, we all were feeling great. Everything was done professionally and in earnest. At times, the training was hard and challenging but the stress and uncertainty were for a purpose. Some of things we trained involved repetition of what we already mastered but I also learned new skills.

Although this training can be passed by all, being fit improves one’s own performance capability remarkably.

– Reservists who wonder whether or not to apply for the EUBG training benefit from keeping physically fit. Although this training can be passed by all, being fit improves one’s own performance capability remarkably. You can concentrate on getting things done rather than on just surviving. International activity was very much part of the training contents, and some parts of the training were conducted in English. Therefore, it also pays off to get your English going.

For SSG Jape, the EUBG training and being part of the detachment contributed to increased self-confidence in carrying out military tasks combined with experiences to cherish for the rest of his life. The standby period that followed the training in July was not that visibly part of everyday life apart from the occasional standby readiness trials.

– I volunteered for this to get new experiences, so mission accomplished in that sense. In the FDF, it is rare to hold a position in which you would only get to exercise and train. I expected to undergo professional training and this is also what I got. In my own position I was given a long leash and had to be creative to get the set tasks completed. These types of experiences money can’t buy.