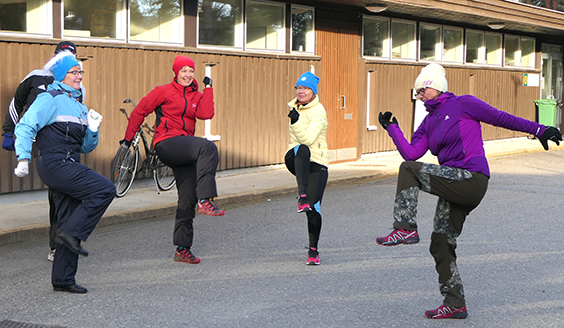 In present-day working environments that may occasionally be hectic and quick-tempoed, the ability to cope with work becomes increasingly important. As part of individuals’ well-being, the notion of performance capability remains vital.

It is easier for the employees to cope with work when they feel that they are physically fit and mentally resilient. Holistic well-being both at work and during free-time continues to be supported by being physically active and engaging in doing sports.

Active in sports, the personnel of the Jaeger Brigade includes a Major who is into bicycling as well as military drivers who are keen on playing ice hockey. Their stories covered in the following encourage the working community to continue to do sports.

By means of muscle strength bicycling altogether 7,200 kilometres in total

Known as a playful competition between working communities, associations, sporting clubs and teams of friends alike, the kilometre challenge has the members of each competing team keep a tally of the kilometres or minutes that they’ve accumulated by bicycling and that then contribute to the net end-outcome of the given team over a period of time. Featuring a number of competition series, the kilometre challenge includes the miniature series, major series, power series, electric bicycle series, and municipality series. The ultimate objective is in encouraging and activating people to decide to take up bicycling as a form of sports.

The personnel of the Jaeger Brigade are also very familiar with this kilometre challenge. In 2018, the challenge was taken up by a 22-member team from the Jaeger Brigade. Part of this team was Major Mika Penttinen who impressively bicycled altogether 7,200 kilometres in total. Major Penttinen participated in this competition for the first time and not without some initial reservations. – In the exercise Pohjoinen 18, our Commander, Colonel Jyrki Kaisanlahti, together with our then Chief of Staff, Lieutenant Colonel (Retd.) Reima Vanhanen, took up this topic. My initial thought was to skip the challenge since, due to the conditions sustained following three somewhat serious traffic accidents, I had been forced to nearly give up bicycling. However, having taken up skiing again over the previous winter, I had noticed that my back and knee pains caused by the accidents had lessened to a level allowing for pain-free bicycling. And as a sports enthusiast hardly needs any extra encouraging, I only gave the challenge a moment’s thought and the registered at the end of May, Major Penttinen explains. 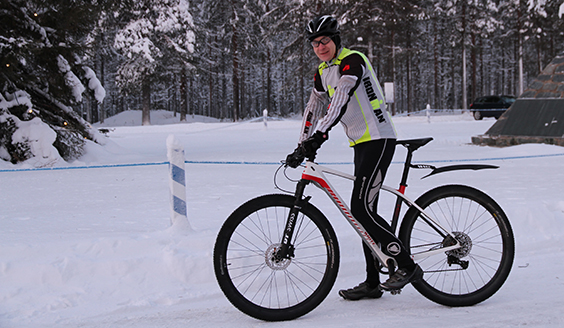 Over a period that lasted from 1 May to 21 September 2018, this hard-working bicyclist then started pitching in to start with a couple of bicycling rides before training exercises required his presence in May and June. – It was only during the last week of June that I was I able to begin in earnest once the training exercises were done and over with, Major Penttinen describes.

While bicycling, he ended up exploring an area covering Kainuu, Oulu, Rovaniemi, Sodankylä and Kaamanen. – When on a road bike, I alternated between day trips ranging from 30 to 190 kilometres, and by a trek bicycle from 10 to 60 kilometres. My rough estimate is that of the kilometres accumulated, some 7,000 or so were the result of road bicycling and about 250 of trek biking. The variation in the daily kilometres on the road bike is explained by the days at work and days off, Major Penttinen summarises.

As part of the kilometre challenge, the Jaeger Brigade’s team accumulated altogether 26, 7615 kilometres in total. This translates into savings that include 1,873 litres of gas and 4,682 kilograms of carbon-dioxide. The team spent 797 days bicycling, each member averaging some 36,23 days. The team ended up finishing 342nd in what is called the miniature series that featured over 2,200 teams.

Getting the right gear

Having spent a great deal of time bicycling, Major Penttinen wants to remind us of the importance of wearing a helmet. – After all, a helmet doubles as an inexpensive and well-functioning traffic insurance that never features any bonus-reductions but rather quite the opposite.

The advice that Major Penttinen gives to beginning bicyclists or persons thinking about getting a bicycle is that makes sense to opt for a bike that best fits its intended purpose. – Although it may seem easy to settle for just a bike, finding the most optimal one can turn out to be tricky as the selection of bicycles tends to be extensive and include, among others, electric bikes, all terrain bikes and road bikes as well as hybrid bikes and what are known as basic bicycles with or without a selection of gear. And it pays off to keep in mind that the most expensive bicycle is not necessarily the most optimal one and a given special bike version may turn out to be not versatile enough, Major Penttinen points out.

Although basic a helmet and a bicycle will suffice, the elements contributing to bicycling with ease and sustained traffic safety also include appropriate clothing and visibility while bicycling in the dark. Major Penttinen recommends wind-resistant clothes, reflectors and lights. – And, as a final point I would like to emphasise how bicycling makes as an excellent team sports. It is easy to go biking together no matter how the performance levels of the bicyclists may differ from each other as each person is bound to fit in either by leading the way or holding the team together at the rear, Major Penttinen encourages each one of us.

Now, if you’ve become smitten by this sports and keen on joining the kilometre challenge team for the next bicycling season coming-up, please familiarise with the online site available at www.kilometrikisa.fi and register to join in!

The transport facilities got into playing ice hockey

In a working community, being into doing sports, somewhat competitive and into doing this together will generate energy and enthusiasm. This fact is corroborated by evidence also from the Jaeger Brigade in how it was the Transport Facility 1 (Sodankylä) and Transport Facility 2 (Rovaniemi) who got the idea to organise a communal event that would focus on playing ice hockey. – We were in Tieva undertaking a field training exercise for tracked vehicles when the idea hit us of organising a hockey game proper. Together with Tommi Alatörmänen, Chief of Transport Facility 1, we started thinking about how to get people moving and doing things together, Captain Pasi Säkkinen, who serves as Chief of Transport Facility 2, explains. 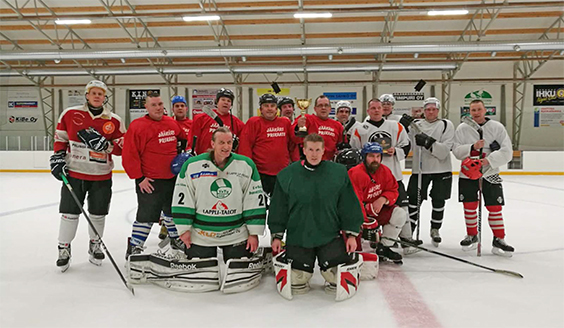 In fact, it was Captain Säkkinen’s original idea that ice hockey would indeed be the sports and that both of the Transport Facilities would then form the respective teams. – At first, a number of people were less keen on the idea but, once we had organised the first few games in Kemijärvi right before Christmas 2017, the idea really kicked in, Captain Säkkinen reminisces.

So far, the ice-hockey events have taken place twice in Kemijärvi and once in Kittilä. For the time being, the Transport Facility 1 has turned out as the winner in these encounters. – Sodankylä slightly leads the way but this must be due to their higher number of personnel as well as a full team sporting former ice-hockey legends, Captain Säkkinen ponders.

The following bespoke competition will take place in Kuusamo this coming spring. – These events are great for fostering good working community spirits. Besides, it’s a lot of fun to do this together plus this also encourages people to do sports with ease, Captain Säkkinen continues.

In Sodankylä, it is possible to play ice hockey also during office hours. At the local ice hockey arena, the Jaeger Brigade’s ice time awaits on every Thursday. 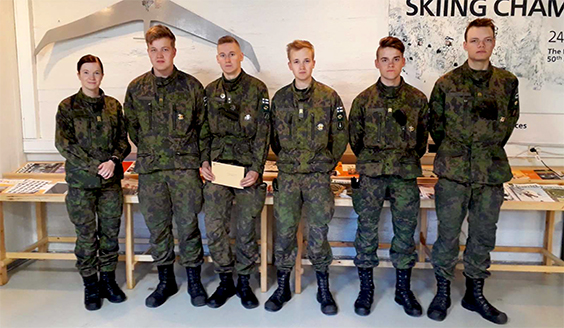