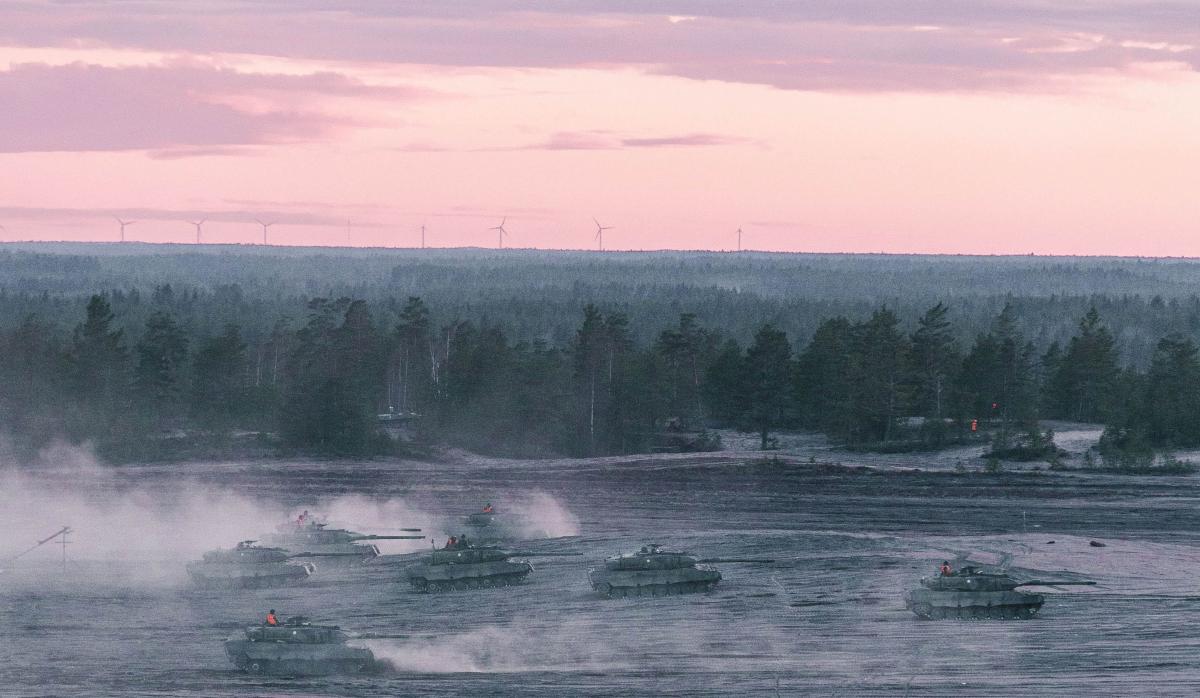 Arranged bi-annually, our mechanised units’ main training event in the spring serves as the primary exercise for the year’s conscript contingent, whereas the exercise organised in the autumn focuses on providing refresher training for reservists. Held at Pohjankangas Niinisalo, the mechanised exercises are arranged in the type of training field that allows utilising tank equipment in accordance with the TTPs.

The framework for the mechanised exercise always involves creating two strong opposing parties who then challenge each other for a number of days. In its upbeat progress, the exercise features the most demanding combat situations towards the exercise’s closing. Engaging in simulator-assisted battle enables modelling and simulating the diverse battlespace functionalities and inter-arms roles. In fact, simulator utilisation also offers plenty of data for the purposes of developing the operating activity further. Usually, the second week of exercising involves an LFX. Alongside the Armoured Brigade, the Karelia Brigade and Pori Brigade hone their capabilities in the exercise setting as well.

Over time, Finnish tactical thinking and principles for force utilisation have undertaken development with national defence as the starting point, and, among the European nations, we are one of the few who have viewed traditional warfare to be a possibility also in our own border regions. This historical continuum is now of particular interest to international partners, especially as a number of nations have concentrated on crisis management risks over the last decades.

Assessed from an international viewpoint, our mechanised capabilities remain substantial and are supported by versatile inter-arms activity. In that way, we are a partner who is of interest. Since 2016, the Armoured Bridage’s spring-term mechanised exercise has offered a participation opportunity to international partners. Entitled ARROW, the international exercise stands for one of the core Army exercises that also tends to attract extensive media attention.

As a basic policy for the exercise ARROW, the visiting force partners are integrated to function as part of the Finnish force, which in turn means that cooperation needs to be considered at the grassroots level as well. While exercising, the troops get to familiarise with each other and exchange views on, among others, the fielded equipment. Similarly, important are our units’ technical development ideas that get to be generated while exercising with international partners who operate their modern equipment. The current on-going war in Ukraine is bound to affect the talks and thoughts voiced during the exercise – after all, we all do aim to train winners in the battlefield.

This time, the exercise ARROW 22 has international partners attend from the UK, Latvia, Estonia, and the USA. I look forward to observing how the visiting force Challenger 2 MBTs, Stryker and CV9035 AFVs, as well as the brand-new Patria 6x6 armoured vehicles fit into the Finnish environment, and merge within our tactical thinking.

Perhaps the key pioneering step is the participation of the vehicle unit from the UK. It is noteworthy that this spring, maritime transport was provided protection as part of a multinational naval JEF exercise. Significant marshaling of visiting force units for exercise purposes always enables developing the measures for providing host nation support, the responsibility for which is carried by the Logistics Command and its subordinated Logistics Regiments.

I wish You all participating in the exercise ARROW 22 an advantageous two-week training session in springtime Finland.

Commander of the Armoured Brigade
Colonel