How does training culture affect conscripts’ intrinsic motivation? With its focus on determining exactly this, the pro gradu thesis produced by Captain Vesa Lassila indicates that a type of training culture that provides support for sustaining an individual’s skills and autonomy also informs the future sustaining and development of motivation.

This particular study set out to determine ways in which to impact conscripts’ intrinsic motivation and its build-up within the framework of the Finnish Defence Forces’ conscript training culture. The study was conducted in the Reserve Officer School of the Army Academy in 2018-19. The informants included Reserve Officer candidates and their instructors who filled out a questionnaire at the start and at the end of the given Reserve Officer Course.

The study’s theoretical framework drew from the self-determination theory (SDT) by Deci & Ryan that categorises motivation in three types as follows:

The notion of intrinsic motivation refers to human activity that remains spontaneous and voluntary and offers satisfaction making doing in itself a reward. Internally motivated actors are into what they do. In contrast, externally motivated doing aims to reap positive rewards such as achieving material compensation or avoiding negative outcomes, evading punishment. On this continuum, non-motivation in turn refers to passivity and reluctance.

According to the SDT, each human being sustains three psychological basic needs that include

The extent to which these basic needs are met then determines the type of motivation that an individual sustains as well as motivational variation.

The present master’s thesis set out to determine how the above listed three basic needs can be utilised in advancing conscripts’ internal motivation. The study rested on the dissertation by D.Ed. Pekka Halonen Constructing of Finnish Defence Forces’ training culture (2007) to study the effect of the training culture on conscripts as implemented by unit instructor personnel. The instructors were perceived to operate on the interface of conscripts and training culture, namely, the operating culture, in that training and instructing events were viewed to affect significantly conscripts’ motivation. The notion of training was perceived to equal a process or change that aims to impact trainees’ values, attitudes, knowledge, skills, and motivation.

Within the SDT framework, the notion of competence refers to the proficiency and skillfulness of a person and the person’s ability to recognise these. A person who perceives themselves competent has faith in being capable of carrying out the set tasks successfully and enjoys doing the type of work that they feel confident doing. Motivation is sustained by being able to conduct tasks that are adequately challenging at the given competence proficiency level. Similarly, motivation suffers from being faced with tasks that are too challenging. The same applies when executing too simple duties.

The informants’ replies to the open-ended questionnaire entries highlighted individual factors relating to competence that included the conscripts’ eagerness to learn and develop and their seeking of challenges and eagerness to succeed. This suggests that conscripts remain active and willing to learn and look for meaning in both separate training events as such and in conscript service overall. This was evident in how intrinsic motivation significantly correlated with satisfaction with one’s training programme selection.

Although in the statistical analysis autonomy and relatedness did not significantly predict intrinsic motivation or motivational change, the related open-ended responses were noteworthy. As the conscript informants were asked to indicate the key factor in sustaining or increasing motivation, the number of replies that pinpointed relatedness significantly increased from the start questionnaire to that filled out at the end. By the time of the end questionnaire, it was atmosphere and team spirit among one’s mates that came out as the most frequently mentioned item influencing motivation, and only a few mentioned the notion of autonomy contrary to the layperson belief that freedom could be perceived as the most significant factor in motivating conscripts. 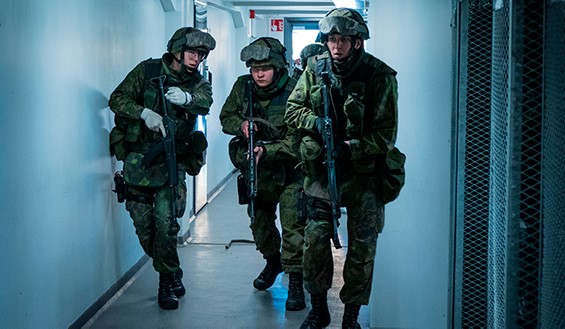 Give grounds, be empathetic and offer options

Military instructors sport significant influence on conscripts’ motivation and motivational changes. This means that it is relevant to identify the difference between controlling instructing and autonomy-supporting instructing. An instructor may serve either as a controlling influence and have a negative impact on conscripts’ motivation, or, alternatively, provide support for conscripts’ autonomy and have a positive influence on conscripts’ motivation. This is not about finding a balance between strict control and complete freedom but rather about forcing others to act as opposed to offering choices. Even if the operating context remains controlling, individual training events can be conducted so that the feeling of being controlled lessens ad thereby individuals’ feeling of being autonomous becomes reinforced.

To cater for competence, an instructor may support autonomy by
1) offering reasonable grounds for action

2) acknowledging the other person’s viewpoint

3) offering options instead of control.

On this list of three, offering reasonable grounds refers to giving a rational and acceptable reason for action. Acknowledging another person’s viewpoint denotes particular type of empathy that comprehends and accepts the fact that others may not view a given matter the same way. It is also necessary to show respect to the tasks perceived unpleasant by conscripts. Offering options does not necessarily mean always providing different alternatives but rather paying attention to the choice of register. Instead of forcing another person to face an either-or situation by orders involving ‘must’ and ‘are obliged to’ it is possible to use the conditional and ask ‘could you’ so that the addressee may get the feeling of being able to choose.

Meaningfulness of action and feeling of freedom

As such, enhancing intrinsic motivation is not just about identifying interesting and motivating tasks to carry out but rather lessening the feeling of being controlled to increase the feeling of autonomy. Individuals need to be able to perceive the relevance of given action. In training settings, conscripts need to be offered grounds and reasons for action that they themselves are able to accept and utilise to establish a link between the form of action and a context that they perceive as meaningful or important. 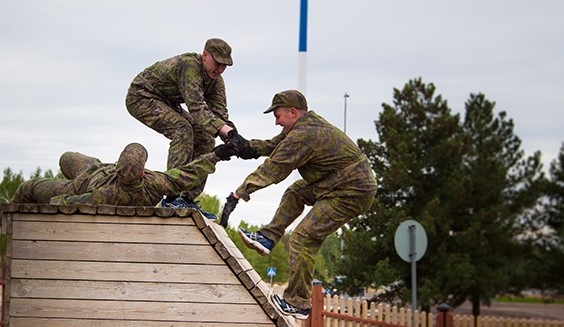 Although conscripts undertake training in training events collectively, the training events per se are experienced by conscripts individually. Each individual conscript’s motivation is facilitated by an instructor’s ability to take into account different types of conscripts, care for each conscript’s chances to participate in the given training event in-progress and offer feedback that accounts for the conscripts’ proficiency levels. The motivation of a conscript matters in that motivation is the tool for becoming committed to particular type of behavior and directing action in the objectives seminal for the organisation. Sustained motivation remains highly utilisable in the military. It does not pay off to lose the momemtum for constructing and nourishing motivation available during the conscript service. 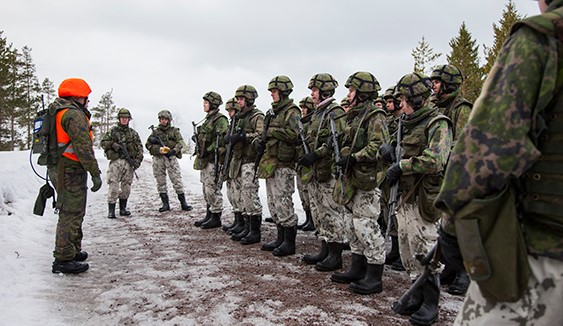 - Recognise what the learners want

- Offer options to choose from

- Give responsibility for learning

In October 2019, Captain Lassila graduated with an MBA at Lappeenranta-Lahti University of Technology majoring in knowledge management and leadership. His master's thesis was awarded a laudatur and is now accessible for readers online here.