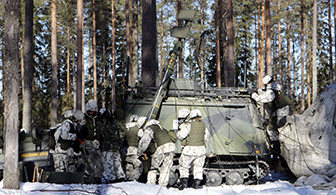 Challenged by the emergence of the new land warfare doctrine and set requirements for sustaining readiness, implementing command by means of C5 command and control systems equals operating in security situations that are, by default value, rapid and likely to emerge with no particular advance warning. 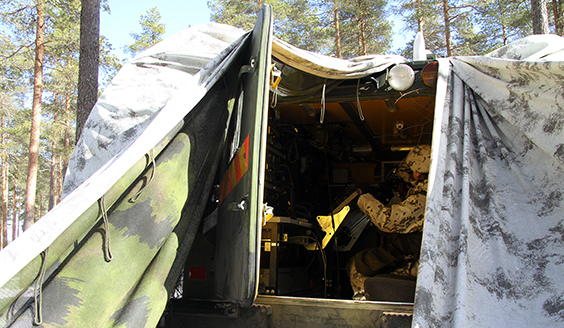 In an era with hybrid threats looming large, security situations stand for ‘incidents with multiple targets’ presupposing seamless inter-agency cooperation, although in such situations the Finnish Defence Forces may not be the only designated competent authority or the authorising official. As regards commanding and leading, the key is the ability to form and distribute an up-to-date situation picture to enable optimal command of own capabilities and sustain situation-specific close cooperation between authorities. In response to the posed challenges, the Finnish Army has been developing a novel M18 C5 system. 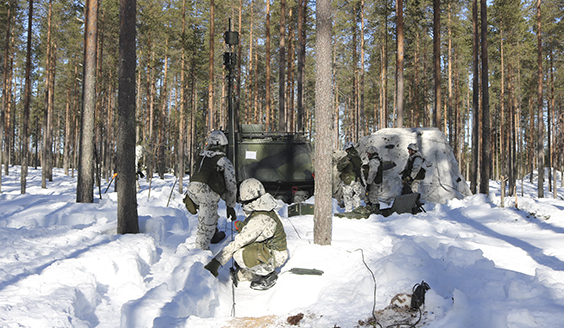 Providing support also when structuring C5 systems of national defence, digitalisation marks a shift from an analogical data transmission system into an IP data transfer system. In this context, the utilisation of wireless communication solutions draws from long-term national product development that has now resulted in the M18 C5 system and its national software-defined radio solution in production. This means that catering for varying frequencies and use cases no longer presupposes the availability of a number of radio equipment, since bespoke software meets the majority of the set requirements. More, specifically, the cooperation with the system’s main producer, Bittium Corporation, has translated into constructing an intelligent data transfer platform that sustains increasingly mobile ground combat.

Another national communication innovation dealing with message transmission, which remains critical in tactical command and control systems, is the message transfer system SVJ2 developed and produced by the Aalto University that caters for reliable transfer of fire mission and command orders between troops. The introduction of these two innovative systems has witnessed the surfacing of the type of difficulty factor in the development of a new C5 system that has in turn forced taking ‘the leap of compatibility’ now indispensable in sustaining an interoperable tactical command and control system. 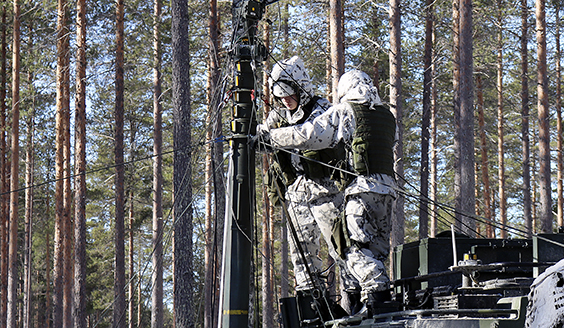 Something new, something old

As the most substantial service of the Finnish Defence Forces, the Finnish Army needs to account for the already procured ‘legacy’ systems while developing its command and control systems, as capability development remains restrained by the resources available, and, obviously, phasing out all the legacy systems is neither feasible nor applicable. Examples of legacy systems include analogical and digital field communication devices and command post solutions at varying echelon levels.

As part of the M18 C5 system development, the existing utilisable equipment and subsystems have been integrated as part of the new command and control system’s entity. For instance, command post containers and CP vehicles that are still utilisable have been equipped with M18 equipment, and field radios continue enabling implementation of command at the tactical level. The overall objective has been to carry out the development activity necessary supplemented by bespoke procurement as well as continue maximal exploitation of the already field-proven equipment and systems. This has also entailed accounting for the COTS data transfer means and gear available including ordinary mobile phones and other end-user devices. 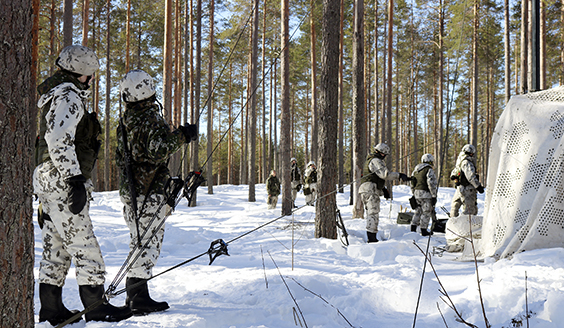 Enabled by systematic testing and experimentation

Initiating the development of the C5 system involved setting up a Finnish Army testing system that was partly informed by the development activity processes implemented in structuring civilian sector command and control systems. The Army Academy’s Signals Section of the Army Research Centre in Riihimäki carried out the initial integration testing procedure that invites the most recent equipment and systems by manufacturers and producers for testing. When the given product functions ‘in a laboratory setting’, the procedure continues with field testing organized by the Kainuu Brigade. Once the system passes this phase, the version may be adopted in operational use by Finnish Army troops on FINARCOM order.

This marks the sixth consecutive year of field testing the M18 C5 system by the Kainuu Brigade preceded by a several-year development phase that for the software-defined radio lasted for a decade, which shows how long-term development literally takes time and effort. However, both systematic testing and experimentation have paid off in that this year the majority of Finnish Army brigade-level units begin the implementation phase of making the M18 C5 system operational, and by 2018, the remaining of the Finnish Army troops will field this system -- and do so timely in light of the system’s acronym M18. 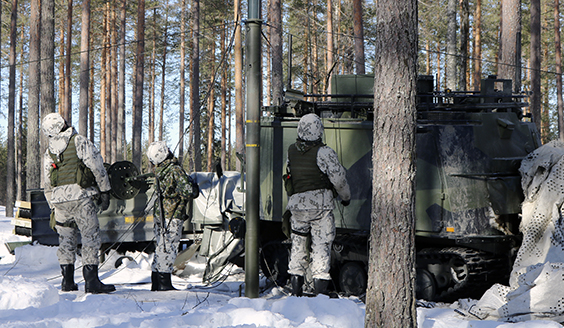 The development of the M18 C5 system has paid particular attention to safeguarding information and cyber security. Relying on contemporary IP data transfer, the communication system and its capability may be target to cyber offense to a varying degree. Therefore, compared to previous tactical communication systems, this new C5 system approaches information security by encrypting data transfer and terminals as well as end-user devices ensuring secure use of systems as regards levels of encryption and versatile developments of situational settings.

Widening the range of data transfer solutions provides an intelligent platform for the M18 C5 system but, ultimately, it is the type of command and control services available for the end-users that will determine success, since the information transferred must remain accessible, reliable and coherent. In addition, a tangible display of intact information is necessary to support optimal command and leading at all levels of the chain of command. This furthermore entails developing suitable end-user devices as well as ensuring the scalability of services. This is why the M18 C5 system includes as its key service the Finnish Army information and command system MATI2 that enables exchange of situation picture data and implementation of command across different levels. In conclusion, to quote the motto of the disbanded Signals Regiment, ’only the message delivered counts’, and this applies in the future as well. 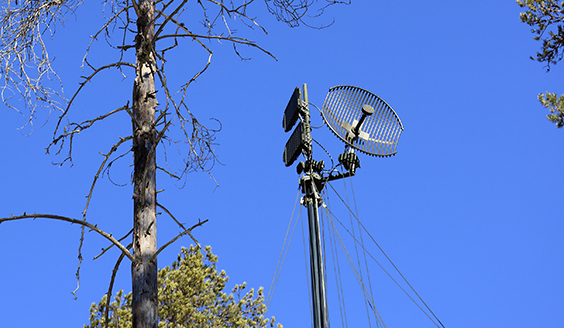