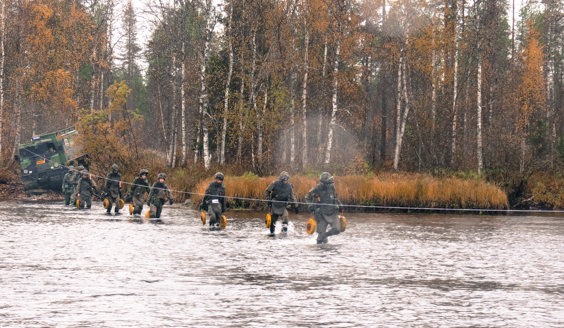 – Taking up combat engineer training is a central part in developing our troops’ capability in the north. We introduce this training for reasons of both training and readiness. Providing this training enables producing combat capable infantry soldiers highly competent in military engineering and CBRNe defence. Annually, altogether 60–80 conscripts will undertake combat engineer training in the Jaeger Brigade, Inspector of Military Engineers, Colonel Matti Lampinen explained while inspecting training. 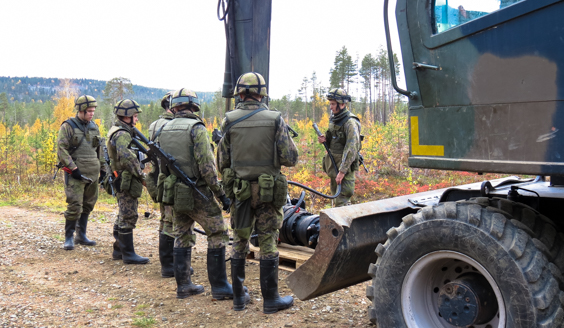 According to Colonel Lampinen, this training motivates both the instructors and the conscripts.

– Our impression of this training start is very positive indeed. Overall, the combat engineer platoon’s instructors and conscripts sustain a good spirit of motivation. The training equipment supply, such as mines and tools, is mainly new and in good condition, Colonel Lampinen said.

In the future, the instructor system and the training environment of the combat engineer platoon will be further developed.

– The service personnel of the Pohja Engineer Battalion in the Kainuu Brigade provides support to and functions as mentors of the Jaeger Brigade’s combat engineer instructors, Colonel Lampinen described the ongoing cooperation.

– We need to conduct training under as realistic condititons as possible. Theferore we aim to develop the training environment so that it enables training in conducting counter-mobility measures on asphalt roads and in utilising bridge demolition charges, Colonel Lampinen added.

General information on the military engineering branch – Combat engineers slow down and channel the movement of an adversary and cause the adversary casualties by constructing counter-mobility obstacles consisting of mine fields and barriers (bridge and road demolitions, abatis and earthworks).

– For sustained mobility advancement of friendly troops in the immediate effect area of engagement, combat engineers clear mines, maintain the roads, and, as applicable, build bridges and roads suitable for field conditions. To cross waterways, also pontoon and bridge equipment can be utilised.

– The objective of CBRNe training is to provide soldiers with readiness to survive when within the impact sphere of chemical, biological, nuclear and incendiary weapons.