Your sons and daughters will remain vigilant 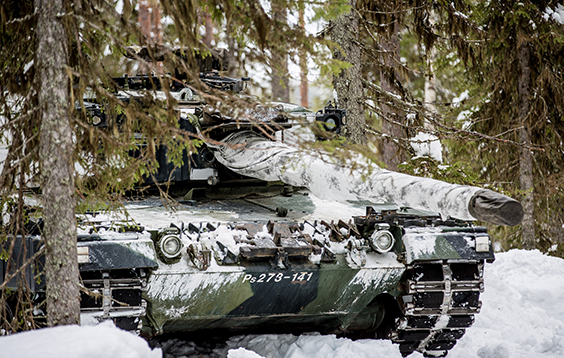 While the training provided in all Finnish Defence Forces’ units continues to be of high-quality, the conscripts who have applied for and become selected to the readiness units engage in particularly versatile and demanding training activities. As part of this training, the readiness unit soldiers end up leaving their comfort zone and putting the limits of their mental resilience and physical strength to the test. In the exercise Northern Wind 2019, the participating conscripts from the readiness units engage in combat training in a Finnish battalion battlegroup functioning as part of a Swedish brigade. 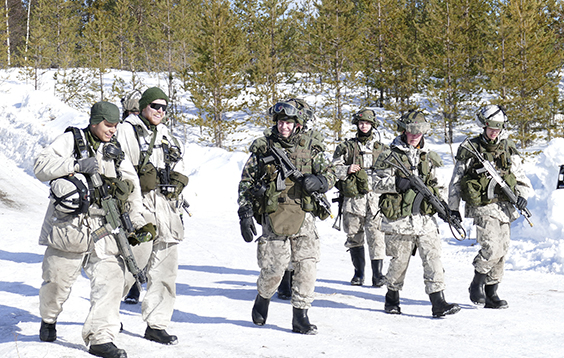 For the readiness unit soldiers, the exercise Northern Wind 2019 has been a very successful one. Because of the demanding training that they have undertaken in their respective brigade-level units, the troops’ combat capability and readiness have verifiably reached a high proficiency level already at this point of the military service.

This exercise involves an adversary with the type of strength and vehicle materiel that is unprecedented compared to the previous training exercises that the readiness unit troops have partaken.

– The fact that in this exercise we have faced a challenging and multinational mechanised brigade as an adversary has been a good thing. The massive strength of the adversary has given us a realistic view on what combat in a real situation is likely to involve, Sergeant First Class Riikka Nyström explains.

The training conditions in this exercise are familiar to everyone serving in Sodankylä, and in the Kainuu Brigade, although the exercise location abounds in more snow that the home garrison training areas would at this point.

– In addition, the long duration of this exercise means that, as instructors, we need to pay attention to how the conscripts remain capable of continuing from one combat engagement to another. This means, for instance, that we plan the procedures for maintenance and supply so that the soldiers are ready for the next combat situation. It has been great to notice how resilient and motivated the conscripts continue to be, and how unyielding their attitude remains while taking on a new mission – no matter what time of the day it is, SFC Nyström says. 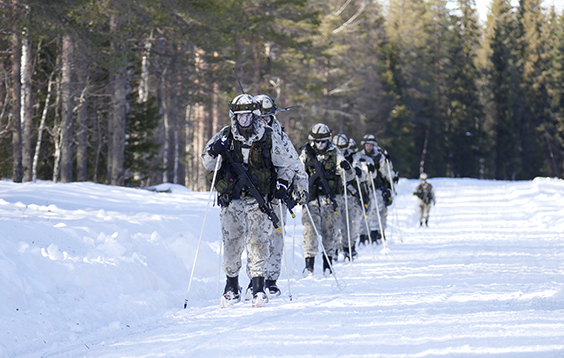 The Finnish troops have been trained to abide by the umpire and controller instructions to conduct fair combat.

– If we are fired upon, unable to respond, or uncovered, we will obviously act as we would in a real situation. The adversary has been very active and fair as such. However, when using practice munitions and relying on simulators for getting results and feedback, it would be optimal indeed if also the adversary were able to cope with getting in dire straits. This means that if the adversary has, for instance, crossed over a minefield, we have then also continued to carry on the set mission and done what we have been capable of doing depending on the situation, SFC Nyström points out. 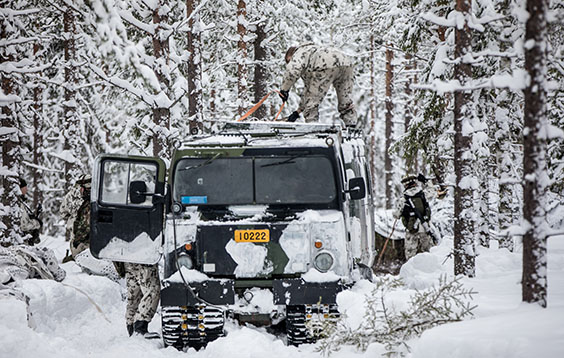 According to SFC Nyström, with regard to the Finnish troops, the Kainuu Brigade and Jaeger Brigade units demonstrate the best skills and equipment by far for operating in these types of conditions.

– We have managed to remain undetected quite well from the adversary’s ISR activity and spotters since we are capable of using the depth of the terrain and dispersing our equipment and vehicles for air cover. In addition, the skiing skills come naturally to the troops from the Jaeger Brigade and the Kainuu Brigade who have gotten plenty of practice this winter unlike the troops serving in brigade-level units located in Southern Finland.

– So far, the lessons learned include the importance of conducting preventive measures, preparing and planning in the command posts. Another point involves how the plans get implemented after the issued orders so that we always remain a step ahead of the adversary. In such a long-lasting exercise as this one, we need to sustain mobility and anticipate maintenance and supply needs to ensure remaining ready for encountering the adversary, SFC Nyström describes. 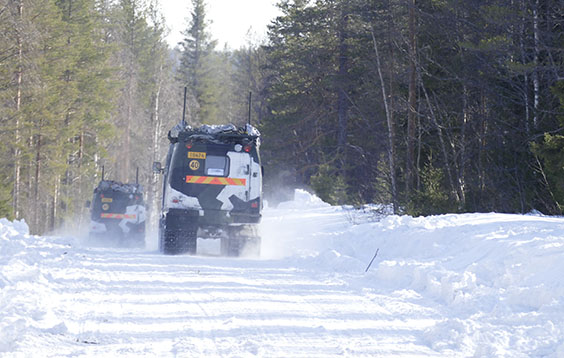 In light of planning for the future exercises, some infrastructural areas of development can be identified.

– In this particular location, the road tracks are extremely narrow which has resulted in a number of difficult and even dangerous situations when the marching detachments encounter each other on the move. It would be optimal if the planning for the future exercises took into account the utilisation of the road network in more detail compared to now, and if the troops were provided specifics as to in which direction it is permissible to proceed by driving and in which direction no movement is allowed, SFC Nyström ponders. 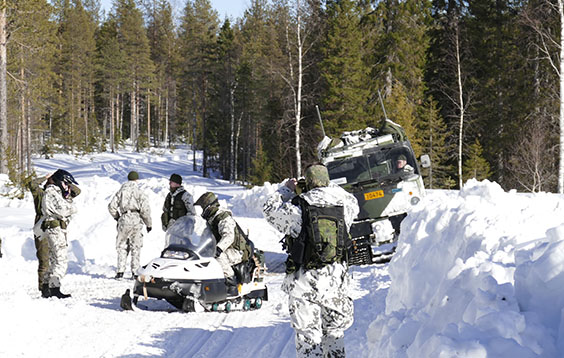 – We have not been surprised by the adversary at any point. We have fought extremely hard and then afterwards done something little more to finish up, SFC Nyström compliments her unit.

– It has been extremely beneficial to notice that we have sustained a high-level operating capability also in these conditions, SFC Nyström concludes.