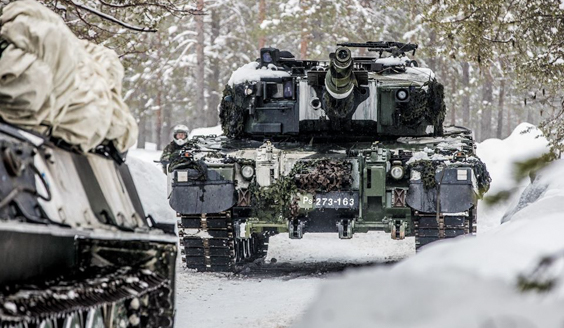 On 9-19 March 2020, the Finnish Army will participate in the winter exercise Cold Response 2020 led by the Norwegian Armed Forces in the region of Troms in Northern Norway. Participation in the exercise enhances Finnish Army troop capability, execution capability and readiness in operating in arctic and multinational operating domains.

Altogether 400 persons, including conscripts serving in the readiness unit and service personnel, will partake in the exercise. The main equipment of the exercise troops will consist of Leopard 2A4 main battle tanks. The participating troops will be mainly from the Jaeger Brigade and Kainuu Brigade. The exercise involves validating the international collaborating and operating capability of the conscripts undertaking military training. The exercise develops the Army readiness in receiving and providing host nation support as well as in massing and concentrating troops on the area of operation and at home garrisons.

Participation in this exercise is part of the Finnish Defence Forces’ international training and exercise activity in 2020 approved by the Ministry of Defence (Link: https://www.defmin.fi/puolustushallinto/kansainvalinen_koulutus-_ja_harjoitusyhteistyo).
The Army has partaken in exercise planning activity and set its ensuing national exercise objectives.

You may familiarise with the exercise online with the hashtag #coldresponse. You may also follow Finnish troop activity on Finnish Army channels available online at