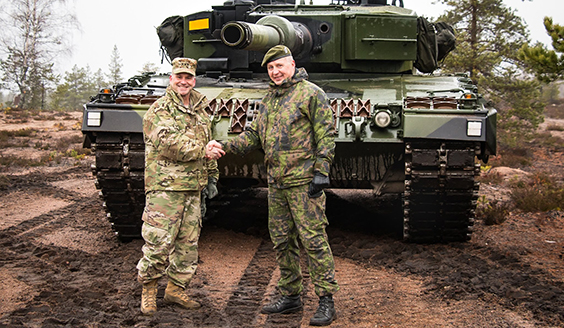 During the visit, bilateral cooperating possibilities and training exercise cooperation between the U.S. European Command service components and the Finnish Army were charted concerning the coming years. Detachments of the of the U.S. European Command service components have been partaking in Finnish Army training exercise activities in Finland including, among others, the mechanised exercise Arrow since the year 2016.