Finland to participate in Cold Response 2022 in Northern Norway 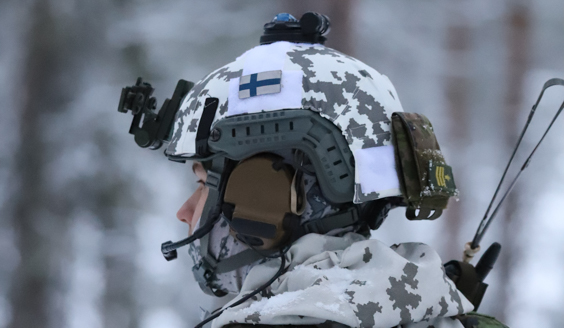 The Finnish Defence Forces will participate in the winter exercise Cold Response 2022 organised by the Norwegian Armed Forces in the area of Narvik–Bardufoss in Northern Norway from 18 March to 2 April 2022. Participation in the exercise will develop national defence capability, bilateral cooperation with Norway as well as defence cooperation with Sweden.

The exercise will improve Army units’ capability and execution of operations as well as readiness to operate in arctic and international environments. The majority of the training audience units to attend will be Army readiness units with sustained competence for operating on demanding combat missions.

– In this exercise we will carry out testing of conscripts’ international interoperability and capability as well as exercise reservists in wartime tasks. This exercise will also enhance our readiness to use host nation support as well as concentrate forces, DCOS Army Operations, Brigadier General Tero Ylitalo explains.

– The exercise will improve the cooperation between Finland, Sweden and Norway in the arctic area of operations while in challenging winter conditions. Training together with a Swedish brigade will enable developing FISE joint capabilities, Brigadier General Ylitalo says.

The exercises’ implementation will account for the host nation and national restrictions relating to the Covid-19 situation. The exercise will follow a series of precautionary measures to minimise infection risk (operating in detachments, sustaining hand hygiene, masking up). The training audience troops will avoid unnecessary contacts prior to the transition to Norway. The troops will undergo testing before leaving for the exercise and after arrival in Norway.