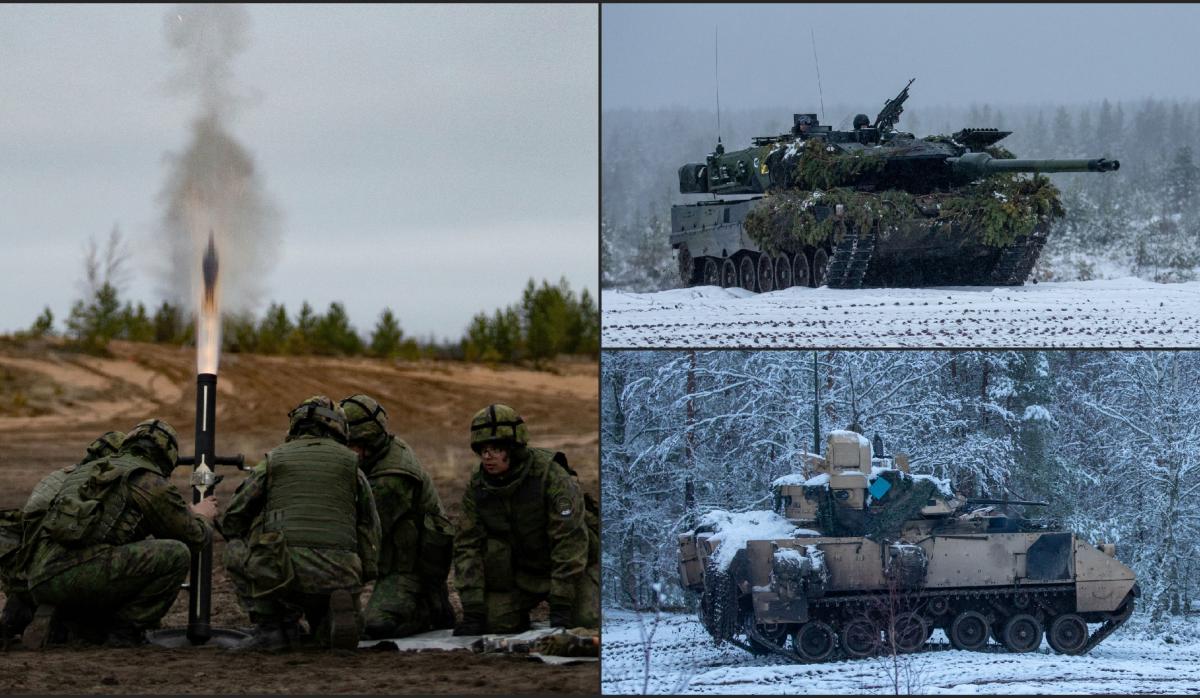 The Army mechanised exercise Hammer 22 comes to an end on Friday 11 November 2022. During the two-week exercise that had started on 31 October, reservists have had an opportunity to work on their skills as part of a mechanised battle group.  An approximately 200-strong training audience from the U.S. Army’s 6-9 Cavalry brought an international element to the exercise. The overall strength of the exercise was approximately 4100 persons, over half of them reservists.

The objective of the exercise was to develop the mechanised units’ operating with international partners, train the units to receive international assistance and provide host nation support, and enhance the Defence Forces’ joint fires. In Hammer 22, the mechanised troops trained offensive and delaying operations with the American troops with the objective of developing the troops’ rapid execution capability and cooperation between branches. The exercise provided versatile support for developing the Army’s capabilities and the know-how of persons liable for military service, in particular reservists training for their wartime tasks, on the individual and unit level .

- These mechanised exercises held in the spring and autumn are the Armoured Brigade’s annual main events, and Hammer 22 is Karelia Brigade’s annual main exercise. The mechanised autumn exercise traditionally one week long could the stretched to two weeks this year thanks to the additional funding allocated in the supplementary budget proposal. The preparation of the exercise, as large-scale as it was, went smoothly, because cooperation with the Armoured Brigade, Karelia Brigade, Pori Brigade, Army Command and the Defence Forces Logistics Command was seamless from preparation to execution.  We owe thanks to the Air Force and Utti Jaeger Regiment for the flight activities in the exercise: the air operations involved in the fires of the mechanised troops and battle field threat brought a significant contribution to the training, Lieutenant Colonel Hannu Koivisto says.

- Training as a battle group is an advantage for both leaders and rank and file. Branch operations affecting battle and the planning and execution time line are things you can only learn by training with a large enough entity, LTC Koivisto continues.

- We gained further experience of operating with international troops. The troops of the U.S. Army’s 6-9 Cavalry operated as part of the Karelia Brigade battle group during the first week of the exercise, and during the second week, as part of the Armoured Brigade and Pori Brigade battle group. Once again, training with our international partners was seamless, and cooperation between the troops went without a hitch. Training together is the only way of learning how to operate together when needed, Koivisto sums up.

The training troops will return from Niinisalo to the Parolannummi, Säkylä and Vekarajärvi garrisons on Friday 11 November.

The troops will mainly use the following routes:

The marching detachments will be advancing at a speed of 50 - 80 km/h. While on the move, transports may slow down traffic and result in occasional congestion.