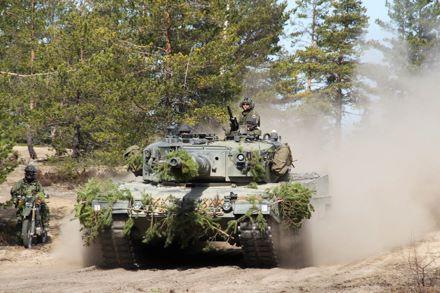 The annually held Mechanised Exercise of the Finnish Army (Arrow16), led by the Armoured Brigade, is the single most significant exercise of the Army's mechanised units. While the basic structure of the exercise remains the same, this year it involves an international aspect as well. In addition to the interoperability between branches, the exercise includes bilateral cooperation between the Finnish Army and the US Army Europe.

The objective of the Mechanised Exercise of the Finnish Army (Arrow16) is to train and enhance the abilities of the conscripts, reservists and regular personnel in mechanised units' offensive. The exercise offers a unique opportunity for the soldiers to test their skills in practice. Skillful and motivated individuals are the key in forming skilled troops and therefore one of the main goals of the exercise is to create a setting for practicing interoperability of the branches. This will contribute to the cooperation skills of the soldiers and enable them to operate more effectively together.

The exercise does not only contain interoperability between branches but also operating and leading in a fast and rapidly changing tactical situations. The exercise situations and being part of a bigger entity will provide the conscripts a new perspective to their own abilities. Furthermore, it motivates them to perform their best.

US Army Europe's 2nd Cavalry Regiment's Mechanized Infantry Company is taking part in the exercise as a part of the Finnish battle group. The exercise provides an excellent opportunity for both counterparts to develop their own tactical skills and interoperability according to NATO standards.

Commander of the Mechanised Exercise of the Finnish Army (Arrow 16) Colonel Pekka Järvi explains that while the exercise itself isn't new, it does include new aspects and components. 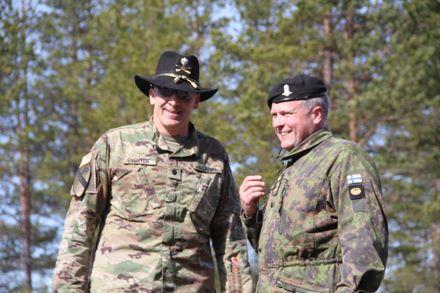 - The exercise offers a chance to evaluate our own skills, improve them and learn something new while doing so. Conscripts now have an opportunity to practice with the very professional US soldiers. Järvi states that the Finnish conscripts are well trained and highly motivated so the expectations for this exercise are high.

Lieutenant Colonel Juhana Skyttä is one of the main trainers of the exercise. Skyttä considers that the baseline of the exercise is good and the challenge is appropriate.

- Naturally, using a foreign language creates certain challenges for conscripts, reservists and regular personnel. However, it's interesting to see the exercise in its' full scale. The goal is to share experiences and develop our own techniques. 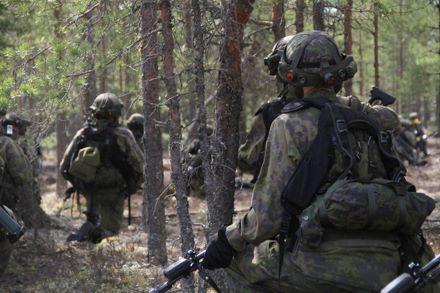 2nd Cavalry Regiment's 2nd Squadron Commander Lieutenant Colonel Steven Gventer explains that the Arrow16 is a great opportunity for the US detachment to practice mutual interoperability with the Finnish battle group. The possibility to do so is first of its kind for both counterparts.

- The opportunity to conduct multinational logistics alone has been very educational, tells Lieutenant Colonel Gventer and refers to the detachment's trip from Germany to Finland. Gventer also mentions being impressed by the dedication, motivation and training of the Finnish conscripts.- It's incredible!

The setup for the exercise is promising and there's plenty of interest towards it. Careful planning and motivated troops create a good ground for successful exercise.