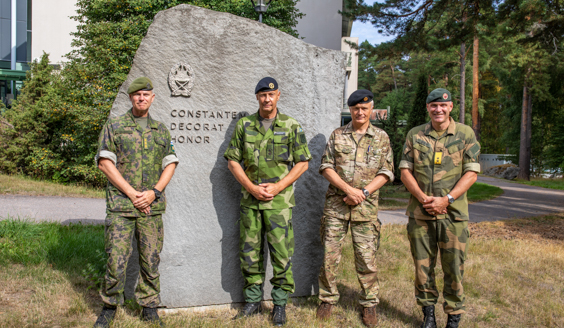 A meeting of Nordic Army Commanders was organised in Helsinki on 23-24 August.

The meeting involved discussing cooperation of the armies as well as the situation in the region. The programme also included a panel discussion held at the National Defence University, as well as a visit to the Naval Academy.

On a yearly basis, Nordic Commanders of the Army generally convene for exchange of experience and discussion concerning the present and the future. Cooperating includes sectors such as training exercise activity as well as materiel procurement.

- Cooperating strengthens the defence capability of the nations’ armies, and we are committed to this, Commander of the Finnish Army points out.