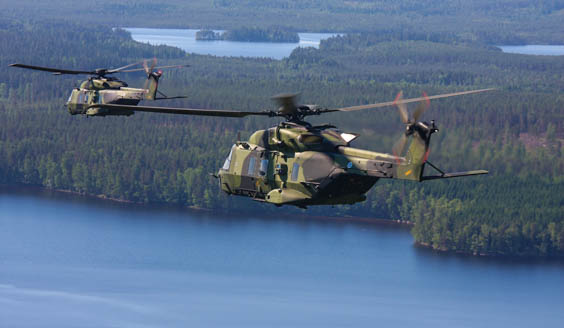 The Utti Jaeger Regiment will hold a bilateral special operations forces exercise drill in cooperation with the USA in Finland on 27 June – 31 July 2022.

The objective of the exercise is to develop the capability of Finnish special operations forces and to improve the ability for joint operating with international partners. In Southern Finland, activity relating to the SOF training exercise will be conducted on ground, at sea and in the air.

The exercise will be participated by service personnel from the Finnish Defence Forces, Finnish Border Guard, and US special operations forces, altogether c. 175 troops in total. The number of international training audience units will be up to 60 personnel.  Both the Finnish and US training audience units will assign vessel equipment suitable for section transport to the exercise.

In conjunction with the exercise drill, helicopter air activity will be exercised.

On 19 July – 12 August, the Utti Jaeger Regiment will arrange an exercise that is to be participated by US Army Aviation units and Royal Air Force from United Kingdom. The exercise will improve interoperability and joint operating of forces and TTPs.

Air activity will be incorporated as part of overall Army exercising in the exercise drills led by the Guard Jaeger Regiment, Pori Brigade and Jaeger Brigade.

Both the training exercises are part of Army complementary international training and exercise activity for summer 2022.

Where applicable, feedback concerning Utti Jaeger Regiment’s exercise activity can be provided by telephone or by means of the digital form available on our website at: https://maavoimat.fi/en/utti-jaeger-regiment/contact-information