New skills and the joy of success 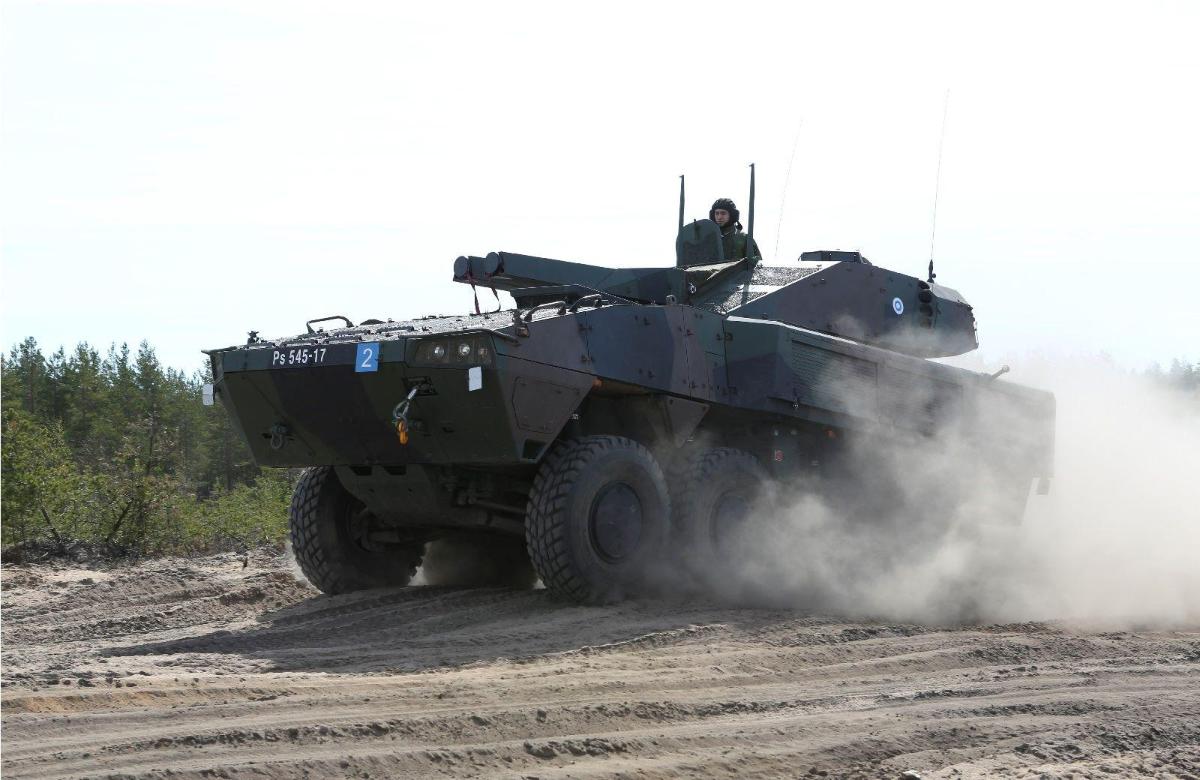 The force on force training of the Mechanised Exercise of the Finnish Army (Arrow 16) was completed last Friday. The overall atmosphere thereafter has been satisfied but excited as the focus of the soldiers is already on the live fire exercise. Troops will again be challenged as they now face new tasks and tactical situations.

During the first week, the troops have been training to function as part of a mechanised battle group. The force on force training has in particular challenged them in regard to their maneuver, leadership abilities and interoperability. The pace in the exercise has been fast and the think on the go and adapt -method implemented is now familiar to everyone.

During the force on force training, the simulator system was utilized. The two-sided simulators bring realistic touch to the operations as they enable their more accurate analysis. The skills of the soldiers have improved as the constructive feedback is given directly to the troops and their leaders.

Now that the first week’s operations are completed, the troops get a day for maintenance for themselves and their gear. Camping ground’s canteen and the sauna are most likely going to be crowded.

Next to the canteen, a tank crew from Karelia Brigade is doing their regular maintenance on AMOS armoured vehicles. Staff Sergeant Sami Rautiainen, trainer for the armoured mortar vehicle, is overall very pleased on the force on force training. He considers that there has been an appropriate amount of challenge for the conscripts. Rautiainen explains that Karelia Brigade’s own training grounds are very different from Pohjankangas with its large sand fields and few forest covers. This has brought diversity to their training.

Near the AMOS is Corporal Smeds, commander of the armoured vehicle. He seems pleased.

- The exercise has been great! We can finally practice our wartime assignments and the special tasks we were trained to do. At first the terrain here in Pohjankangas was a bit difficult but now I like it a whole lot.

In Smeds’ opinion in the beginning of the exerciset here was room for improvement in regard to the cooperation within the tank crew. As the exercise went on and the crew was able to make use of the feedback given they managed to improve their teamwork skills. According to him, now their functioning is commendable and cooperation at a great level. 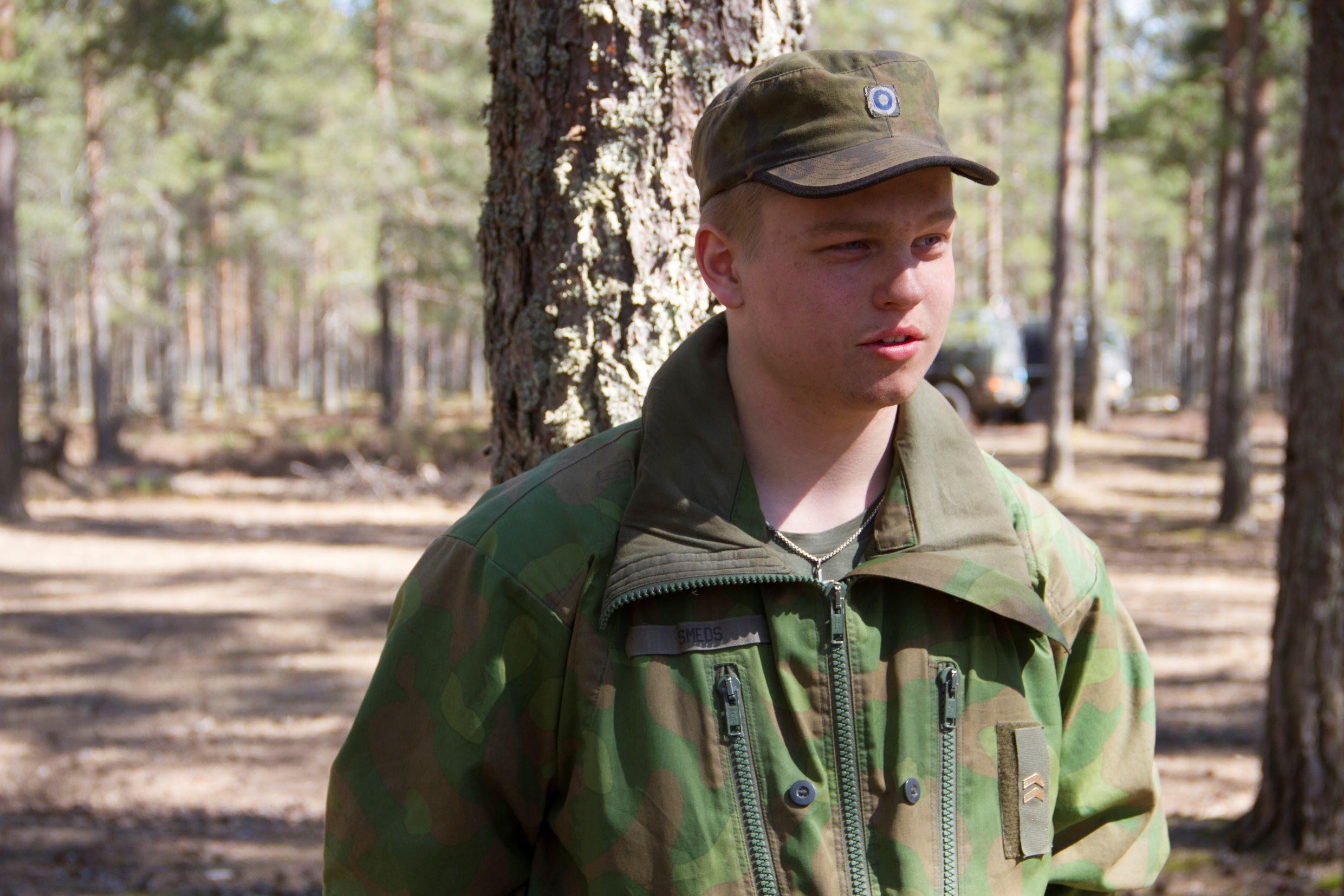 The pace of the exercise is fast

US Army Europe’s detachment has been training along with the Finnish conscripts and reservists. To most of the US soldiers, this is not only the first time in Finland but also a whole new type of exercise. Rare have had a chance to train with mechanised troops in this magnitude.

Staff Sergeant Robison has served in the 2nd Cavalry Regiment’s 2nd Squadron only for few months. This is his very first contact with tanks. According to him, he has learned something new every day.

- The Finnish troops’ fast pace as well as the level of performance of the conscripts is very impressive! The training so far has really impressed me.

- For sure, the fast and rapidly changing tactical situations have challenged us, Robison explains. – But we didn’t come here to relax! Overall it has been a great exercise.

The US Army Europe’s troops are professional soldiers so compliments they give are surely boosting Finnish conscripts’ morale. Robison is also thankful for the logistics team’s help, as they for example supply food for the US troops. The biggest surprise has, however, been the weather.

- It has been the greatest exercise weather ever! He laughs. – We were waiting for cold and dark, but it’s been just magnificent all the time. 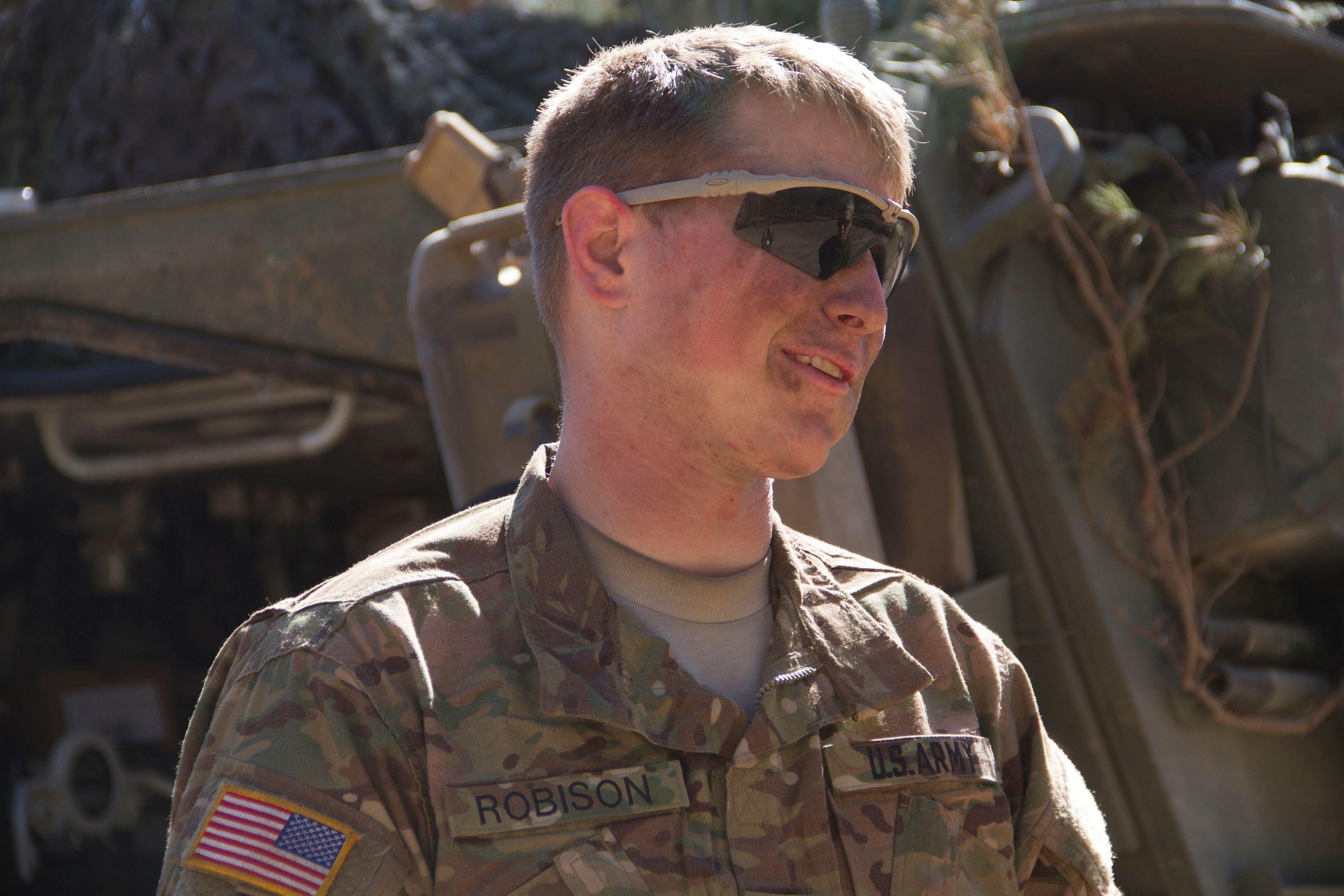 As the maneuvers come to an end, both the Finnish and the US troops have similar routines for maintenance and preparation for the upcoming live fire exercise. Robison’s group’s camp grounds are suitably near the camp’s sauna, so his first contact with sauna should only be a matter of time.

The Finnish troops are also preparing for the evening. The trainer of the AMOS-company has encouraged the conscripts to get themselves acquainted with the US soldiers in the neighboring campsite. According to Corporal Smeds, he plans to see and get to know the Stryker –vehicle later in the evening. But first, the equipment and preparations for tomorrow’s exercise must be completed.

The expectations for the second phase of the exercise are high. Good spirits among the troops, challenging tasks and the right training elevate the motivation to another level.

The soldiers get the best experiences when succeeding in their exercise and exceling themselves.