In a military setting, handbooks tend to focus on describing the functions and methods of troops, systems or equipment and on offering procedural and utilisation advice as applicable. Similarly, handbook validating procedures guarantee that the contents featured cover necessary guidelines and descriptions that allow an end-user to operate by utilising particular equipment in a given environment.

In a NATO operating environment, handbook validation events take place on a regular basis in accordance with the shared Standardisation Agreements (Stanag) as drafted and ratified by the member nations. As a partner, the Finnish Defence Forces also utilises these shared standards enabling conducting seamless combined cooperation and participating in multinational crisis management operations. 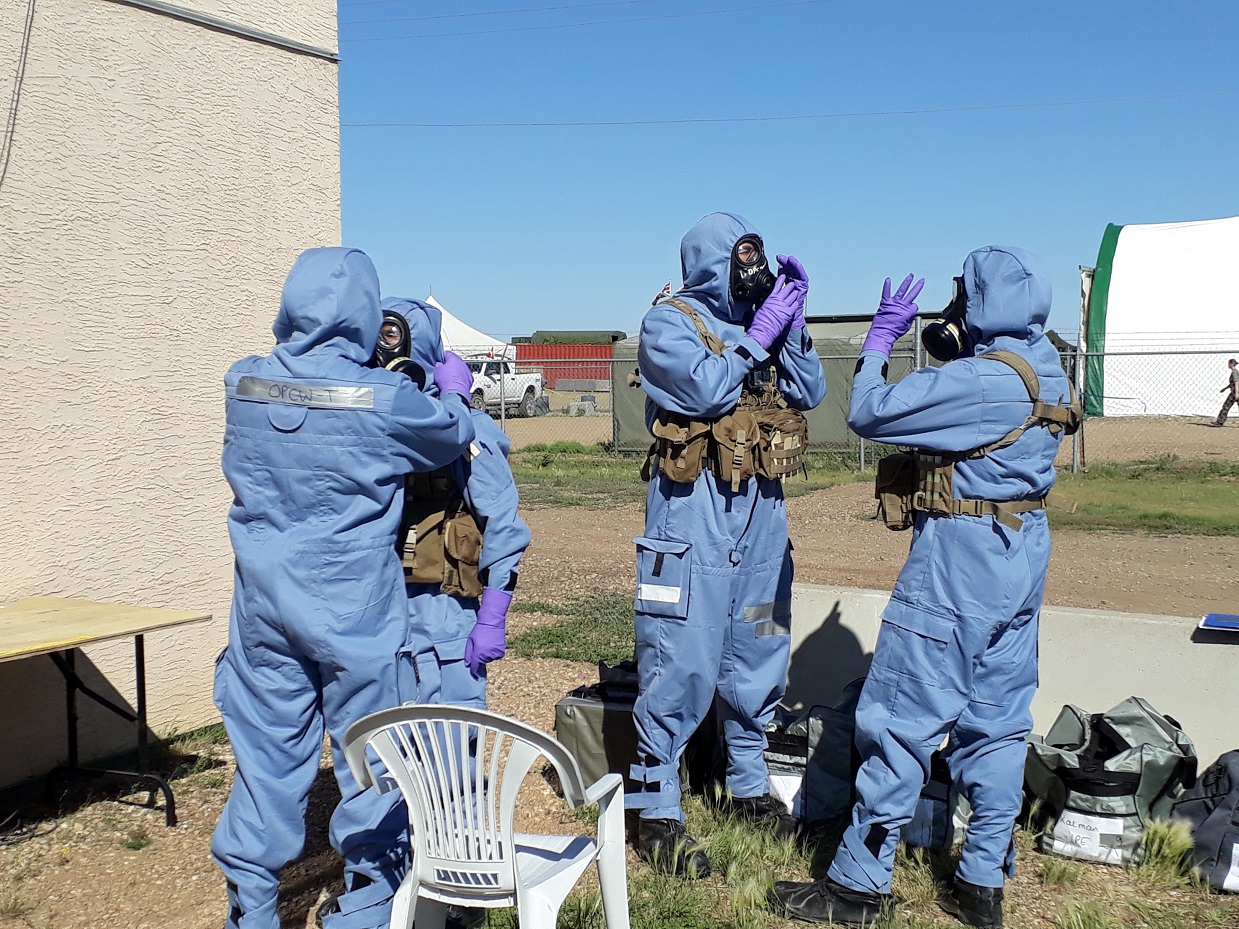 An example of the standards utilised by the FDF is the STANAG 4701 AEP-66, an Allied Engineering Publication that stands for a NATO Handbook for Sampling and Identification of Biological, Chemical and Radiological Agents [SIBCRA].

This AEP-66 document defines, for instance, how our CBRN units take samples on field missions and the subsequent methods laboratories utilise when receiving samples for identification analyses. As the AEP-66 document remains relevant for Finland, the FDF has assumed a major role in revising it. Over the past two years, as part of this revision work, the handbook has undergone validation procedures.

In practice, the validation procedures relating to the AEP-66 document involved two sequenced NATO CBRNE training exercises, namely, that of the Toxic Valley exercise organised in Slovakia in 2017, and the Precise Response exercise executed in Canada in 2018. Whereas the former emphasised assessing the sample taking procedures for chemical agents, the latter involved evaluating the sampling procedures for biological, radiological and mixed substance agents.

Both the validation phases incorporated bespoke 6-person-strong working groups. The WG were mainly NATO member nation CBRN specialists, some of whom had advanced degrees in natural sciences. The Finnish author of this text (captain Virpi Väänänen) led the validation WGs for the exercises organised in Slovakia and Canada, which in turn indicates that NATO member nations do appreciate the high level competence proficiency mastered by Finnish CBRNe specialists in particular. 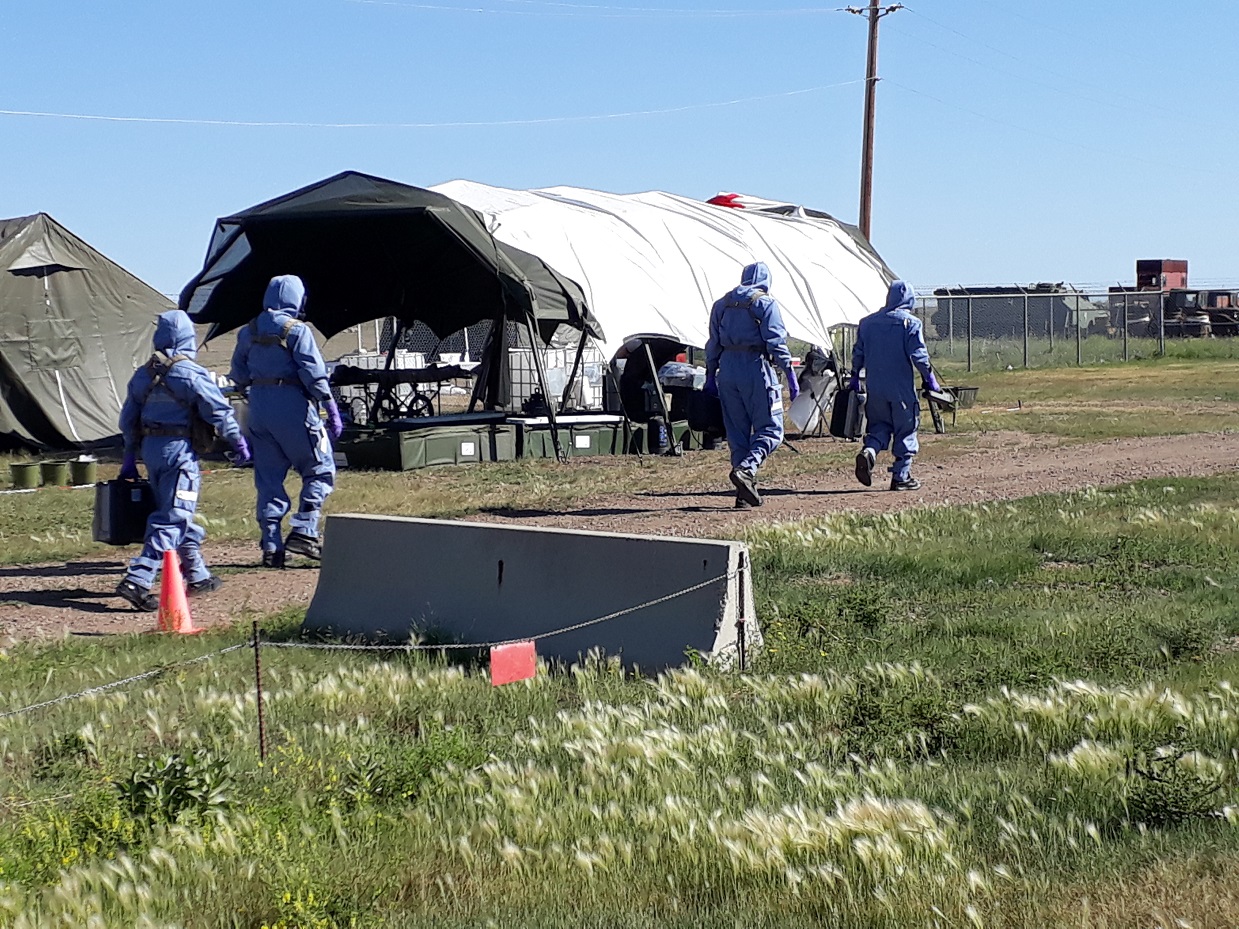 On the hands-on level, the specialist of the validation WGs compared the activities conducted by the sampling teams to the procedural models and instructions as explicated in the current version of the AEP-66 document. This was done by filling out specific forms that were tailored for these evaluation events. These specialists also interviewed informants when applicable. Meanwhile, examining the actual operating by the sampling teams was excluded from the scope of these particular validation procedures.

Misconceptions and discrepancies in need of clarification

The results of the comparison analysis revealed that the AEP-66 document failed to describe the sample taking procedural scheme from an individual soldier’s viewpoint. Furthermore, although the handbook abounds in scientific detail, some of the particulars discussed seemed to be contradictory. Moreover, a few of the procedural descriptions remained unclear as they were. This may have resulted in the team members’ misconception concerning the level of specificity that their work actually demonstrated. Another contributing factor may have been the publication’s cumbersome structure and sheer volume that then ended up hampering the end-users’ overall comprehension of the contents.

"The revising work for the AEP-66 document is now underway with the aim to produce an easy-access handbook for its prospective end-users."

The end-outcome of the validation process was that the present end-product, i.e. the sampling handbook in its current form and content, fails to meet the end-user needs and the set standards for utilisation.

On the basis of the results accrued, the revising work for the AEP-66 document is now underway with the aim to produce an easy-access handbook for its prospective end-users. This involves, among others, having the contents divided in three sections that cater for prospective end-user groups including overall users, sample takers as well as laboratory analysts, respectively.

It will take another two to three years until the new version of the AEP-66 document will be available for ratification by NATO member nations. And, as the revised version becomes utilised by the member and partner nations for a number of years, another round of validation processes is expected down the road again.