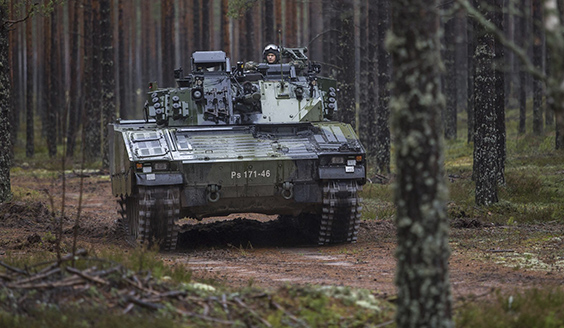 - Arranged every two years across the nation’s territory, the Finnish Defence Forces’ main exercises do concretise the importance of cooperating between the Services and the Finnish Border Guard. Conducting seamless cooperation enables us to defend the entire country under all circumstances. The main exercise also serves as an excellent opportunity to put to the test the competence of all persons liable for military duty, of both our conscripts and reservists, in a major exercise entity, Lieutenant General Petri Hulkko summarises.

The Finnish Army units in this exercise will comprise troops of all Army service branches from brigade-level units including the Guard Jaeger Regiment, Karelia Brigade, Army Academy, Army Command, Armoured Brigade, Pori Brigade and the Utti Jaeger Regiment. The Army Academy will lead the LIVEX phase and remain responsible for the exercise’s overall arrangements.

The Finnish Navy will have naval and coastal units from all Navy brigade-level units partake in the exercise. Navy equipment and personnel will comprise altogether ten combat vessels, support vessels, command vessels and, among others, costal artillery and an anti-ship missile battery. During the exercise, coastal artillery will operate firing naval weapons systems at Rankki between 27.11.-1.12. 2019.

The Finnish Air Force will deploy altogether seven of its aircraft to the exercise Kaakko 19. Exercise-related flight activities will be seen over the region between Hamina–Imatra–Savonlinna–Mikkeli-Jyväskylä-Lahti-Porvoo and over the Archipelago Sea. In conjunction with the exercise, the Air Force will launch an air-to-surface release with a short-range precision-guided JDAM bomb in the Pahkajärvi Range Area on 22 November 2019 (27 November as a spare day).

On each exercise day between 25.11.–4.12.2019, flying is scheduled to take place between 8 a.m. and 6 p.m. Apart from the Air Force aircraft, the exercise will also involve Army helicopters and unmanned aerial vehicles as well as Finnish Border Guard helicopters and aircraft.

The exercise troops’ motor marches will contribute to a larger amount of traffic than usual and may thus affect other traffic. The motorised marching detachments’ march speed will be maximum 80km/h from Monday 25 November to Saturday 30 November 2019 while on the move as follows: