The Finnish Army’s training activities trace back to the tasks relating to emergency conditions and development of troops’ performance capability and competence proficiency. In safeguarding the vital functions of society, the local battalions comprising reservists and service personnel sustain a seminal role. The local defence exercises offer an excellent platform for training the implementation of these tasks in cooperation with other authorities.

– The tasks and missions of the local units are versatile and demanding, which is also why these units need to engage in active training in their own area of responsibility. However, the exercises per se are always planned in cooperation with the participating authorities and other actors involved with the intention to form overall exercise entities that serve all the participating actors. This ensures that different authorities get to command and control the activities of their set responsibility while being supported by the others involved, Colonel Hirvonen points out.

Apart from the service personnel, reservists and authorities, the local defence exercises will also be participated by conscripts, such as readiness units and military police who are to muster out in March. 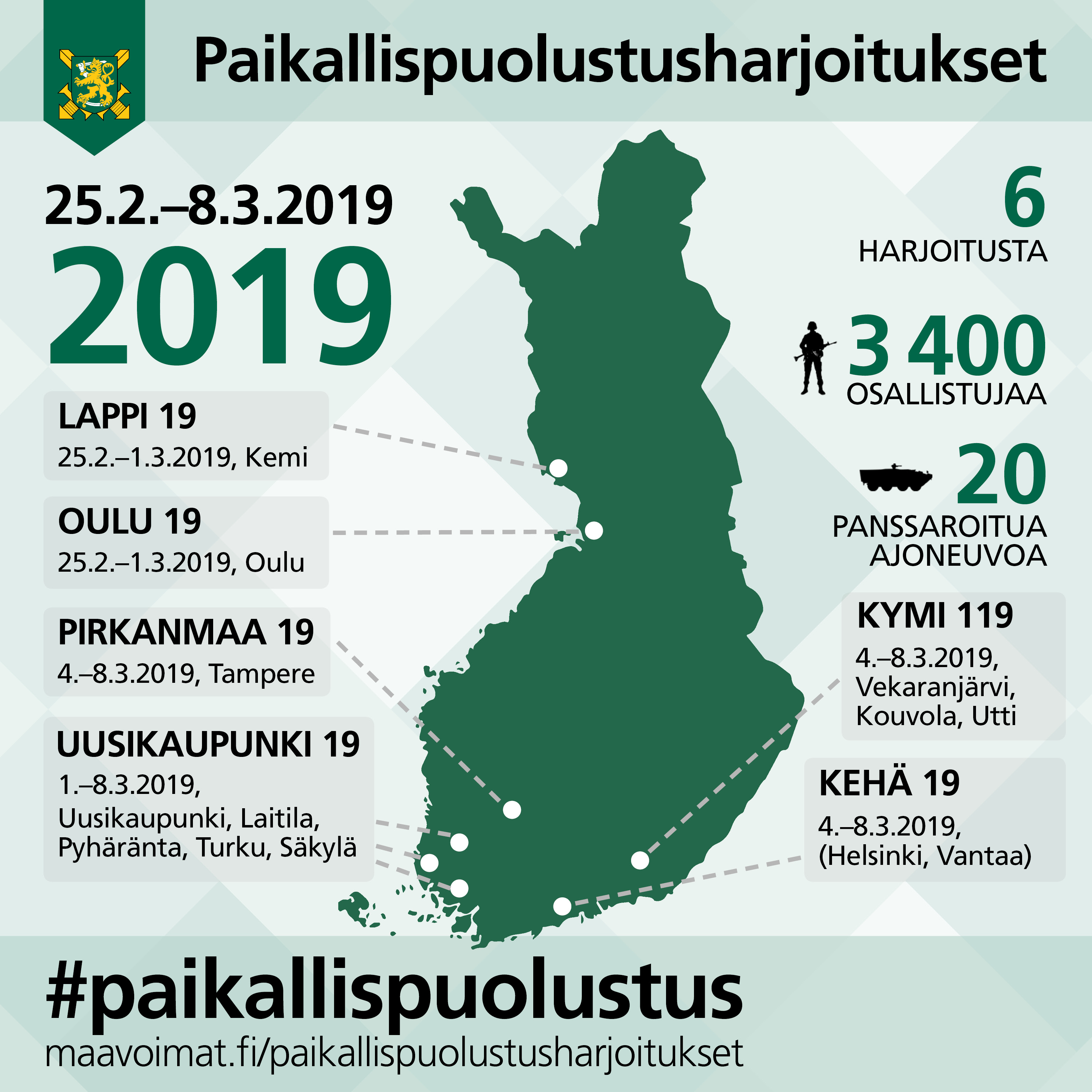