Effects capability for the Army 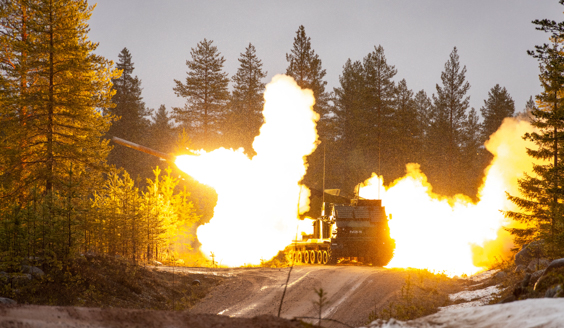 The Army´s long-range fires capability will be significantly improved due to the procurement of new GMLRS ER ammunition for heavy rocket launcher.

Upon detonation, the area target AW rockets spread fragments above the engaged target, whereas the effect of the point target UNITARY rocket is based on explosions and blast effects. Both ammunition variants cover a range up to c. 150 kilometres.

Minister of Defence Antti Kaikkonen has approved the proposal for procurement of ammunition for Defence Forces’ heavy rocket launchers from the USA.

- This acquisition is part of the plan for ensuring the usability and capability of the heavy rocket launcher system well into the 2050s. The acquisition of new longer-range ammunition will strengthen the Army capability for broad-spectrum and long-range fires, and enhance the use of the heavy rocket launcher system. By the same token, the range of launcher ammunition becomes diversified, Artillery Inspector Colonel Pertti Holma from the Army Command says.

The total value of the procurement is appr. EUR 70 million, and its funding is part of the Finnish Defence Forces’ framework. The industrial manufacturer of the ammunition in the USA is Lockheed Martin. The procurement deliveries are estimated to start in 2025.

For more information on the Heavy Rocket Launcher (MLRS).