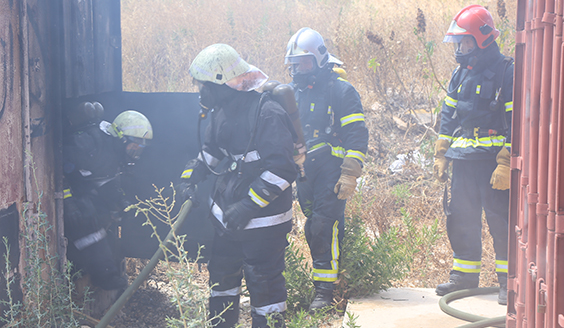 Fire and rescue teams from the Finnish-Irish Battalion (FINIRISHBATT) and Austrian unit organized a joint exercise in UNIFIL’s headquarters in Naqoura 30.6.2016.

Fire and rescue teams from the FINIRISHBATT and UNIFIL’s Austrian unit trained, for example, hot smoke diving where the firefighters entered a container in which he temperature rose to over 800 Celsius degrees during the exercise. The objective of the exercise was to train operating in a burning building and maintain and improve the skills and abilities of the firefighters.

The evacuation of two patients from a burning, smoke filled two-storey building was simulated in the second rescue drill. In this drill the medical staff from the Finnish and Austrian units trained taking off the firefighters’ equipment. 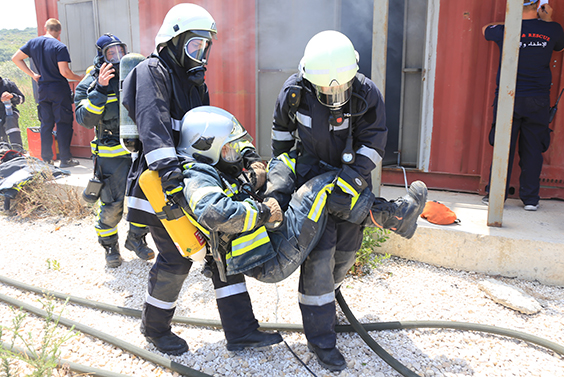 The joint exercises organized together with other UNIFIL troops provide a good foundation for participating in the rescue operations in the Sector West area should there be a minor or major accident. The Finnish and the Austrian troops have similar procedures in regard to fire and rescue, which makes operating together proficient. In addition to be able to serve as a one big rescue unit, the joint exercises provide a chance to acquaint oneself with other nations’ fire and rescue material.