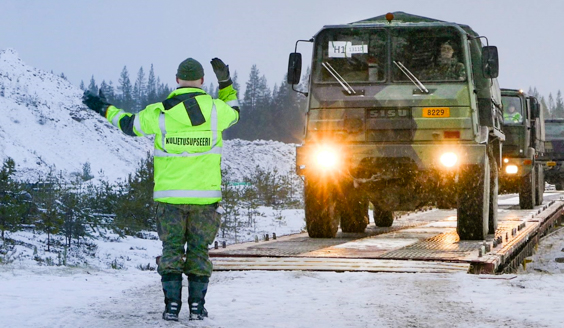 Participated by troops from four Finnish Army brigade-level units totaling altogether approximately 1,500 personnel and some 500 military vehicles, the exercise Northern Wind 2019 represents the most sizeable exercise that the Army has conducted overseas over the past years. Conducting planning for logistics and service support measures will ensure that the troops remain able to start and accomplish the set mission as planned. In this exercise, undertaking training presupposes that substantial preplanning has been carried out by varying branches of the Finnish Defence Forces. 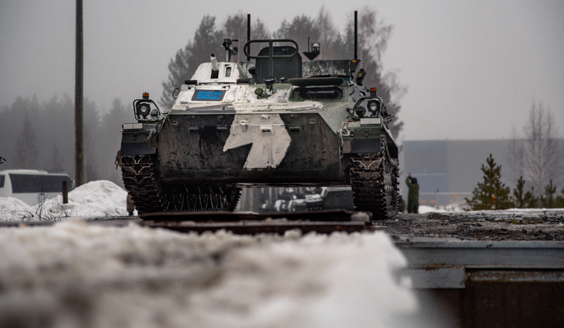 Focusing on enabling the troops to execute the set mission, the logistics support functions equip the troops prior to the exercise in accordance with the given mission requirements. Timely troop transfers into the training exercise area remain critical for mission start. During the course of the exercise, combat capability effectiveness is sustained by means of supplies, maintenance and medical combat care. Once the mission has become accomplished, the troops’ combat capability effectiveness will be restored and the troops will be transferred to conduct the ensuing mission.

The planning, preparing and implementing of logistics and support measures presuppose procedures that are conducted on all operating levels ranging from the level of government administration all the way down to that of the operating exercise troops. Calibrated logistics success in an exercise asks for cooperation conducted by a number of actors some of whom are responsible for drawing up the contracts impacting on the exercise’s logistics while others see to logistics planning and implementation.

While conducting planning concerning an exercise organised overseas, it is necessary to specify the particular exercise force and its set task. Having determined the external support needs of the force and the composition of the logistics units, it then becomes possible to plan the implementation of service support measures that tend to involve support provided by logistics units partaking in the exercise, support provided by the host nation, and support provided by force-external functions. Apart from the given troops and mission, the support needs are also informed by the location of the training exercise area as well as the transfers and routes into the area. This entails accounting for the tasks of the exercise force’s logistics, requests for support to the host nation and requests for support to a third party that may involve, for instance, another force, partner or a commercial operator.

The objective of troop concentration is in transferring and deploying personnel, equipment and materiel into the training exercise area. The process for Reception, Staging and Onward Movement (RSOM) informs the cross-border marshalling of troops by specifying the relevant responsibilities and obligations relating to troop transfers. Obviously, the prerequisite for cross-border transfers is that the documentation and procedures are prepared in advance as informed by the intended transfer methods of personnel and equipment whether it be by road, by maritime connections, by rail, or by air. These preparations are also affected by the environmental health situation of the transferring and receiving country. As the force needs to avoid transmitting any soil-bound diseases, the military equipment will be subject to decontamination measures as applicable.

The documentation relating to cross-border transfers of troops and equipment are in turn handled by both military and civilian authorities monitoring the events at the border-crossing points. Following the border-crossing proper, the transfers then continue along the set routes into the training exercise area that convenes the personnel, equipment and materiel making the force ready for the exercise start.

Logistics training exercise extends beyond dismantling and repatriation of troops

In the post-LIVEX phase, the troops’ combat capability effectiveness will be restored to a level that enables their return to the respective garrisons to continue operating. This redeployment back to home garrisons will follow the procedures employed while initially marshalling the exercise force cross-border. The national support element will ensure that the host nation support provided has become implemented in accordance with the set agreement, then approve of the utilisation of host nation support, and finally complete the host nation support arrangements for this part. And, after arriving in their respective home garrisons, the troops will be resupplied and serviced to be fit for the ensuing missions. In the wake of an exercise undertaken and the set mission accomplished, the logistics measures can be assessed to have been a success once the troops continue to operate at home as planned and scheduled. 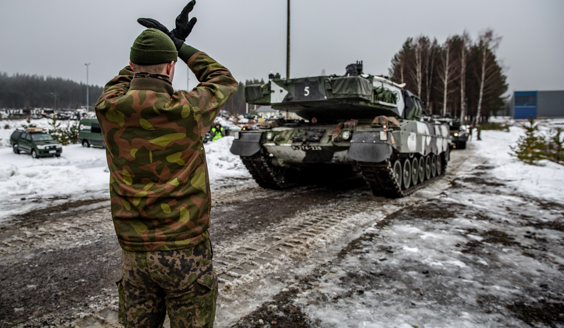