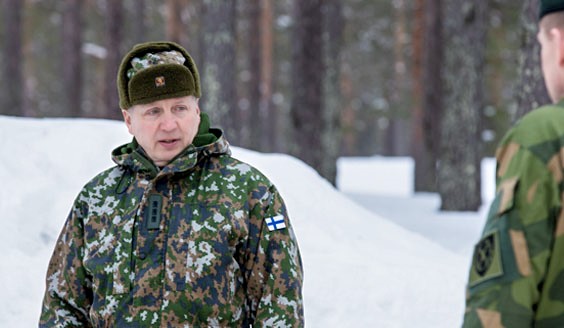 Commander of the Finnish Army, Lieutenant General Petri Hulkko inspected the Finnish exercise troops participating in the exercise Northern Wind 2019 in Northern Sweden from 18 to 20 March 2019. The exercise organised in Norrbotten is so far the most substantial bilateral training exercise of the Finnish and Swedish Armies.

The Finnish Army contributes to this exercise a full-strength battalion battlegroup that comprises approximately 1,500 persons of whom a major part consists of soldiers from the Finnish Army readiness units. While inspecting the exercise, Lieutenant General Hulkko was particularly interested in observing how the soldiers from the readiness units stationed in Southern and Northern Finland engage in cooperating in Northern Finland.

— Our full-strength battalion battlegroup undertakes training in operating in the challenging conditions of the North. So far we have never undertaken training against the type of an adversary as the one present here that comprises a Norwegian brigade strengthened by the U.S. and British troops. This extremely demanding adversary will give our troops the opportunity to hone skills and compare our capability to that of the other nations, Lieutenant General Hulkko points out.

— Now that troops from a number of nations participate in this exercise, both the exercise sides feature a capable enough adversary. This allows for raising the training objectives on a high enough proficiency level, which may be the most significant training advantage to be gained. At home organising this type of an exercise is only rarely possible, Lieutenant General Hulkko specifies.

A planned part of the intensifying cooperation between the Finnish and Swedish Armies, the exercise Northern Wind 2019 was initiated by the planning conducted by the Commanders of the Finnish, Swedish and Norwegian Armies some two years ago. The Army Command has participated in planning the exercise’s training objectives and also set specific national objectives including, among others, the development of training, equipment and combat tactics, techniques and procedures.

— Here we are now, and the exercise is being conducted just as we planned two years ago, Lieutenant General Hulkko says contently.

Undertaking training as part of combined exercises provides the Army with the opportunity to put its competence proficiency and equipment to the test.

— We continue to measure the equipment characteristics of both individual soldiers and major troops in terms of their functionality while operating in demanding conditions. On the basis of this, we then draw conclusions impacting on the future procurement acquisition projects. Apart from this, we also put our tactics to the test by examining the outcome in a terrain lacking in roads and abounding in snow — in particular relating to the tactics of units with varying equipment, Lieutenant General Hulkko explains.

In this exercise, the Finnish persons liable for military service need not be ashamed of their competence proficiency while operating against a capable adversary.

— Rather, a Finnish person liable for military service fully compares to the soldiers from other nations, especially as regards these conditions of ours that also include the conditions prevailing here up in Northern Sweden, Lieutenant General Hulkko summarises. 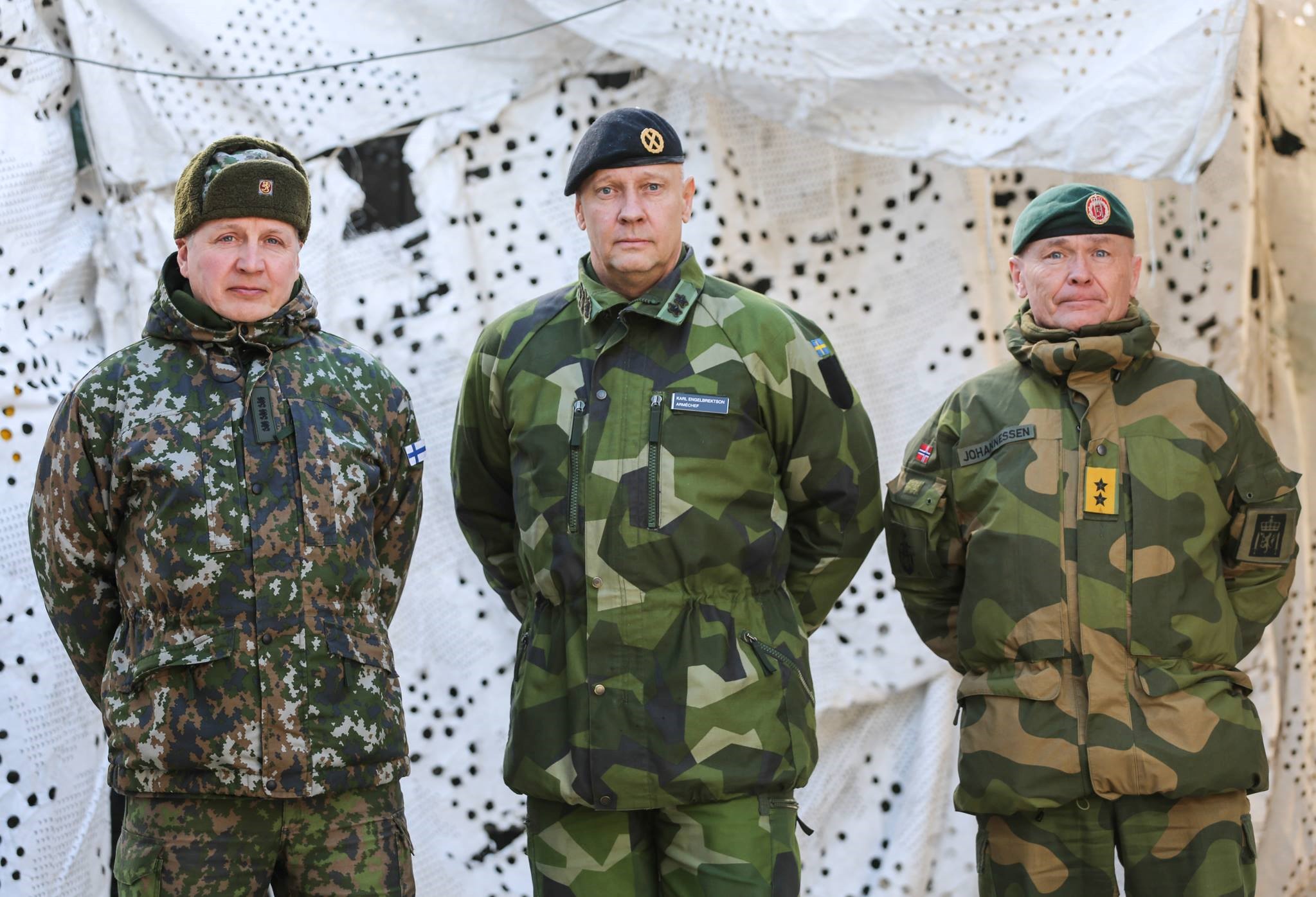