Lightning Strike 22 brings circa 3,300 troops to exercise at Rovajärvi 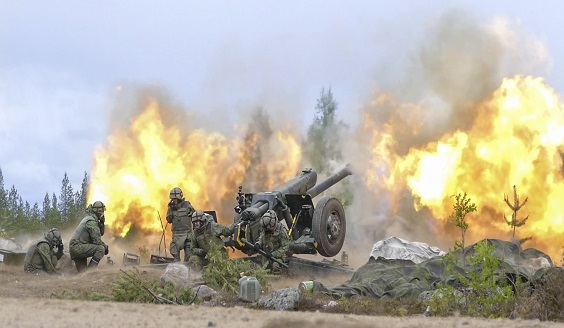 On 16-27 May 2022, the Army Academy will lead the exercise Lightning Strike 22 at the Rovajärvi military range and training area.

Involving an infantry and artillery LFX, the exercise aims to develop the units’ use of fires and inter-arms cooperating in a rapidly evolving situation framework over a wide area.

The exercise equipment will include, for instance, the heavy armoured howitzer K9, the heavy rocket launcher, as well as the armoured-vehicle-mounted mortar system AMOS. The LFX will include artillery fires on 16.-26.5.2022, and infantry fires on 21.-27.5.2022, respectively.

The exercise will be commanded by Commandant of the Army Academy, Colonel Sami-Antti Takamaa.

- The exercise Lightning Strike 22 will bring service personnel, conscripts and reservists from across Finland to Rovajärvi. The exercise will involve large-scale testing relating to use of fires by means of a host of systems. One of a kind, the military range and training area at Rovajärvi enables safe conducting of versatile fires and field training exercises. I welcome the training audience at Rovajärvi and to test their own branch’s capability.

The exercise can be followed on the social media channels of the Army and of the Army Academy with #LIST22 #maavoimat #maask and in website: Lightning Strike 22 - Maavoimat Maavoimat